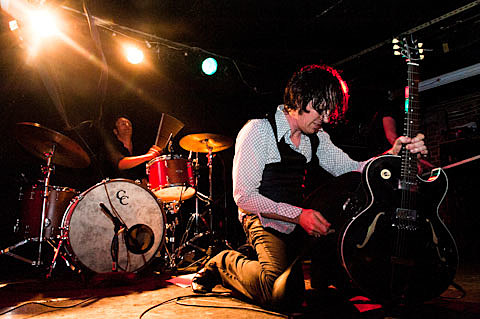 The Jim Jones Revue will serve their soulful garage with a dash of punk rock at a string of precision strikes in September, including a stop at Music Hall of Williamsburg on 9/10 and Maxwell's on 9/18. Tickets for MHOW with Kid Congo Powers + Pink Monkey Birds and Des Roar, as well as tickets for Maxwell's are still available. The UK crew's schedule will take them across to the West Coast for dates that include a stop at Bumbershoot in Seattle, a few Northeastern dates, and some stops in the Midwest as well. Full tour schedule is below.

The Jim Jones Revue will welcome the US release of Burning Your House Down on August 16th through Punk Rock Blues Records. Stream that record in its entirety below, alongside all tour dates and a video for "High Horse" from their latest LP.