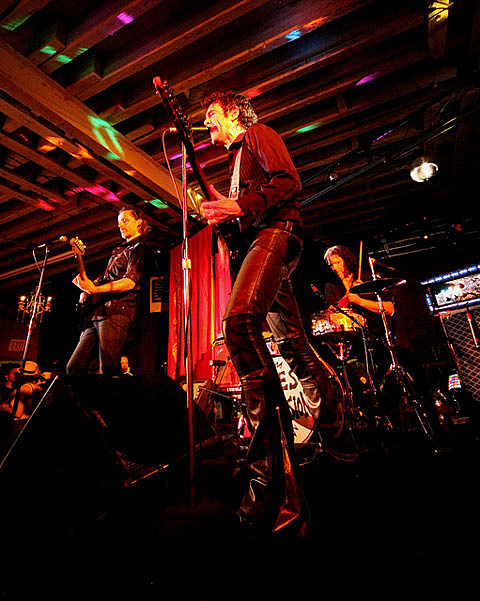 We knew that The Jon Spencer Blues Explosion would be releasing a new album this year, and now we know that Meat and Bone, their first new album in eight years, will be out on September 18 via Boombox/Mom + Pop. You can stream the album's lead track, "Black Mold," at the bottom of this post or download it from the JSBX website.

The band are revving up for a bonafide North American tour, including a NYC date at Bowery Ballroom on November 3. Tickets for that show go on sale Friday (6/29) at noon with an AmEx presale beginning Wednesday (6/27) at noon.

They played a semi-private, one-off gig a couple weeks ago (6/8) at Brooklyn spot Red Lotus Room with ESG and Beans. it was a taping of a pilot for a show tenatively titled The Birthday Party TV Show that's "conceived as Bandstand meets Soul Train in a loft with underground music." The picture at the top of this post was from that taping.

The JSBX track stream, Meat and Bone cover art and tracklist, and a list of all tour dates are below. 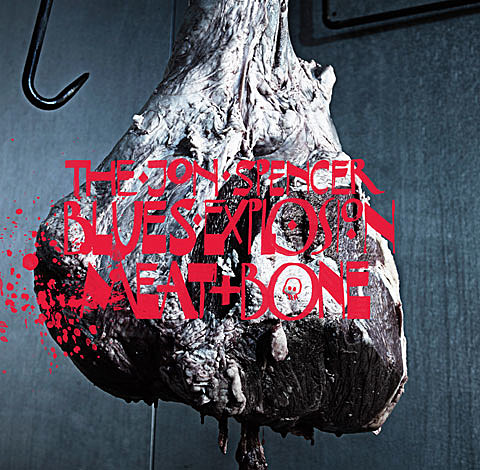