Juan rocking the theremin at Union Pool in April (via @soundbitesnyc) 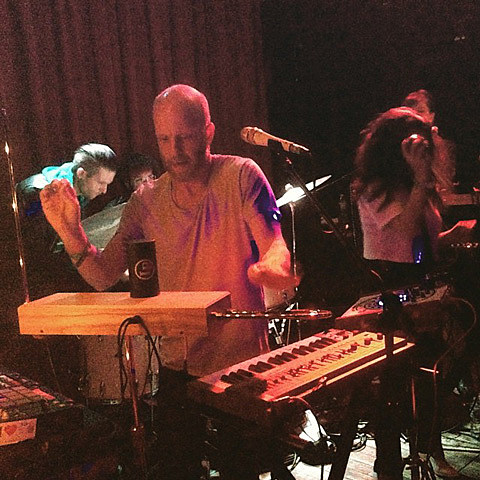 The Juan Maclean, who played six small shows at Brooklyn's Cameo and Union Pool in April, will be playing again in NYC again at the end of the Summer, hitting Bowery Ballroom on September 10 and Music Hall of Williamsburg on September 11. Tickets for those two NYC shows go on AmEx presale today (6/3) at noon with the general on-sale starting Friday (6/5) at noon.

Unfortunately for the rest of North America, these NYC shows are the only ones they've got planned at the moment. They did, however, just play Barcelona's Primavera Sound last weekend (video from that below) and have a few more European dates in August. All are dates are listed below.