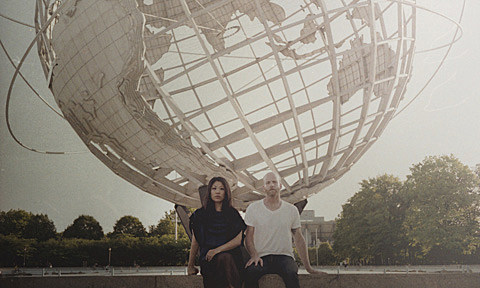 The Juan Maclean, who released the terrific In a Dream can be seen DJing regularly here in NYC (and elsewhere), but its been a long time since they've performed live. Specifically, six years since they last toured. They'll be rectifying that this spring when the four-piece band version of The Juan Maclean goes on tour. That trek kicks off with a six-show NYC residency featuring three nights at Cameo on April 16 - 17 and then Union Pool on April 23 - 25. Tickets to all six NYC shows are on sale now.

Meanwhile, in related DFA news, Museum of Love (LCD's Pat Mahoney + Dennis "Jee Day" McNany) play Bowery Ballroom on Friday (2/27) with Oneida and Blondes on the bill as well. Tickets are still available but if you'd like to go for free, we're giving a pair away.

Contest details, and the list of all Juan Maclean tour dates, below...

======================
For a chance at winning a pair of tickets to see MUSEUM OF LOVE at BOWERY BALLROOM: either tweet something that includes @BrooklynVegan AND @BOWERYBALLROOM and "MUSUEUM OF LOVE" in the tweet, or send an email to BVCONTESTS@HOTMAIL.COM with the subject line "MUSUEUM OF LOVE". Include your first and last name in the email. We'll pick a winner at random and contact them with more details. If you enter by email, it will not be shared with anyone else. Good luck!
======================