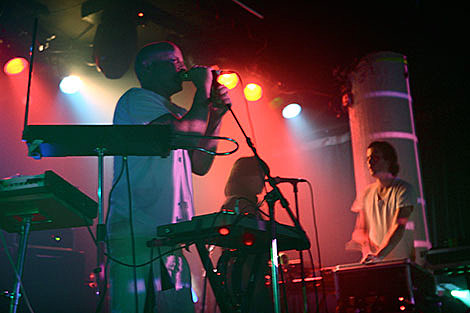 The Juan MacLean just played a CD release show for their new record, The Future Will Come, (out now on DFA) at (Le) Poisson Rouge on April 17th. Before the show Juan told Impose, "Our friend Justine books the place, so we just kind of follow where she goes. I think people out of town find this hard to believe, there really aren't any good clubs here....especially not for DJing."

A remix of "One Day," off that record, is posted (again) above. There's a video for the song too. All updated Juan MacLean/Field tour dates below...