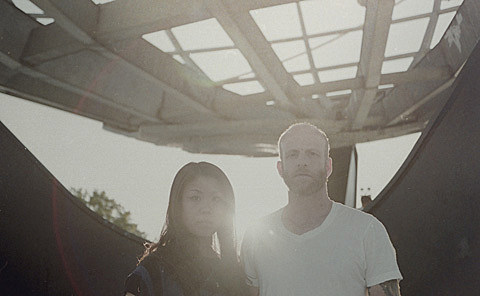 The Juan Maclean's six-show Brooklyn residency is coming up, happening this Thursday - Saturday at Cameo (4/16 - 4/17) and next week at Union Pool (4/23 - 4/25). These will be the first live shows the Juan Maclean have done in a long time and here's what Juan and Nancy Whang have to say:

We're excited to get The Juan MacLean live band up and running again after six years. We think it will be fun and a little scary to rev up the engine at this series of Brooklyn shows. Every show will be a bit different as we work out new songs. There'll be songs from all three albums and we're psyched to be playing songs from "In A Dream" live for the very first time.

Tickets are still available to every show except this Friday (4/17) and Saturday (4/18, though tickets may be available at the door). We're also got a pair of tickets to give away to the 4/23 Union Pool show. Details are below.

The different openers for all the shows have also been announced, and include Delia Gonzalez, Gavin Russom, Computer Magic, Heidemann, DJ sets from Midnight Magic, Shit Robot and more. Show-by-show lineups for all six Juan Maclean shows are listed below...