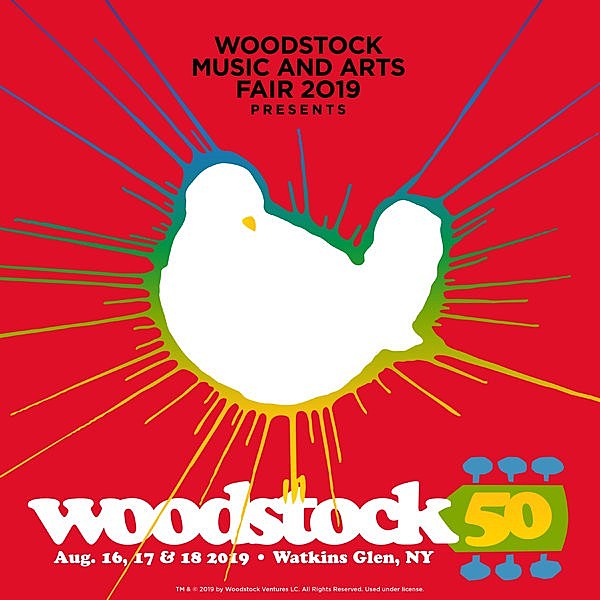 Dead & Co, Imagine Dragons, Chance the Rapper, The Killers and Santana are among the artists confirmed for Woodstock 50, the 50th anniversary event being put on by original Woodstock cofounder Michael Lang, reports Billboard. There had been some concern that this independently produced festival would not happen, but Billboard also reports that funding has been secured:

Because the event is not being put on by a major promoter like Live Nation or AEG, most major agencies consider it to be riskier than events like Coachella and Bonnaroo, and required Lang and Densu to pay 100 percent of the artist payments upfront before the lineup was announced. While reps for some of the major headliners tell Billboard they were paid in full weeks ago, other artists had not been paid by last Friday, raising red flags with major agencies who expected the lineup to be announced in February and are now seeing it pushed into March.

On Monday (March 4), following reports that the event was having financial issues, representatives for Woodstock confirmed that organizers had wired several million dollars to several major talent agencies representing acts playing Woodstock 50, and one agency boss confirmed to Billboard that, as of Monday evening, their artists had all been paid in full. A source also confirmed to Billboard that festival organizer Superfly, which is handling the logistics of the massive camping festival, had also received full payment.

"There’s always been lots of rumors around Woodstock," Lang said in a statement to Billboard. "We have excellent partners and an incredible talent lineup of over 80 artists which will be announced within the next couple of weeks. We’re preparing a once in a lifetime event.”

Woodstock 50 happens August 16-18 at the Watkins Glen International Speedway which is about an hour and a half east of the original Woodstock site. A competing Live Nation-produced festival was to have happened at the original site at Bethel Woods Performing Art Center the same weekend, but it was scaled back to three separate events after one of the producers pulled out. Santana is set to perform at Bethel on August 17 (tickets go on sale Friday 3/8 at 10 AM), and Ringo Starr and his All-Star Band on August 16 (ticket information still TBA).