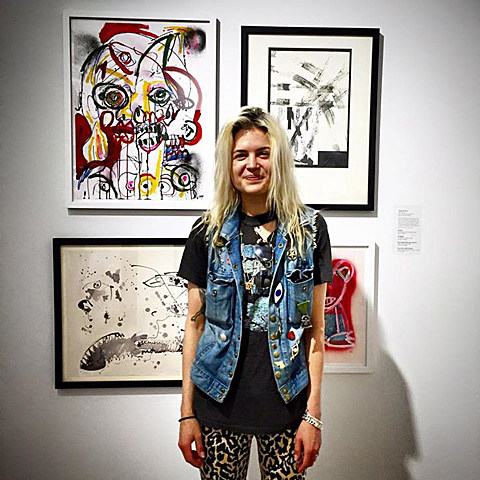 Alison Mosshart, queen of smirks and jaggedly soulful yells, is doing her very first solo exhibition. The lead singer for indie/blues rock giants The Kills and The Dead Weather, Alison generally has a lot on her plate, but that hasn't stopped her from pursing a career in art. Chelsea's Joseph Gross Gallery will host Fire Power, a brand new expo of paintings, tapestries and mixed media. Some early work premiered at ArtNowNY's Push It group exhibition last year, but this exhibit will feature 127 previously unseen pieces.

The gallery will be holding a Fire Power opening reception Thursday, June 18 from 5 PM to 9 PM and the exhibition will run through July 11.