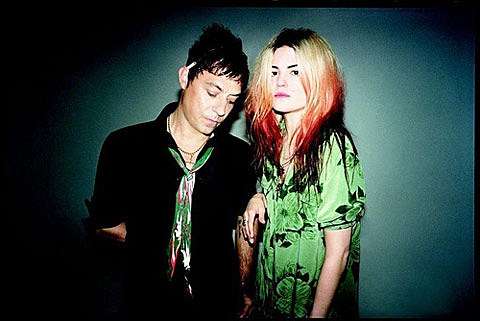 The Kills were to have toured a bit in September, but those dates have been either cancelled or postponed, as the band have decided to try and finish their new album first. From the band:

Attention East Coast fans! Sadly, due to scheduling conflicts, Jamie and Alison have had to make changes to the upcoming tour dates. The band's appearance at the Landmark Festival in Washington DC has been cancelled, as is the Northampton, MA show. The other three shows are being arranged as follows:

Tickets are still valid, or you can get refunds from source if you can't make the new dates. Thanks for your patience and support while the new album is finished!

Those two NYC shows at Warsaw are sold out. Alison Mosshart's other band, The Dead Weather, meanwhile, will release new album Dodge & Burn in September via Third Man.