The Kills at Governors Ball 2014 (more by Dana (distortion) Yavin) 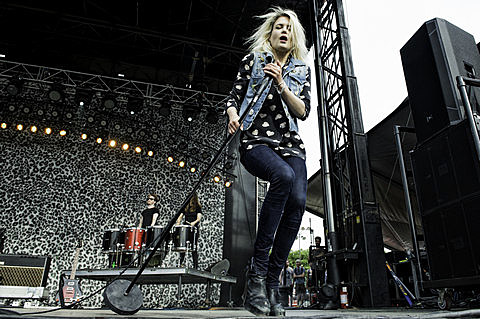 The Kills were last in NYC for Governors Ball and they've since added more dates which brings them back here for a benefit show in the fall. That show is The Open Road Aperture Foundation Benefit Party, which is a tribute to photographer/filmmaker Robert Frank, and happens on October 21 at Terminal 5. In addition to The Kills' short set, there will be music by Alec Soth, Joe Purdy and Billy Bragg (whose tour also hits NYC twice before that). Tickets, starting at $150, are on sale now.

The tour also includes a Halloween show in LA with Queens of the Stone Age (who play the NYC-area this week). The Kills haven't released an album since 2011's Blood Pressures, but they're reportedly working on a followup. Alison's other band The Dead Weather (with Jack White and a QOTSA member) have a new LP on the way too.

All Kills dates are listed, with a video, below...