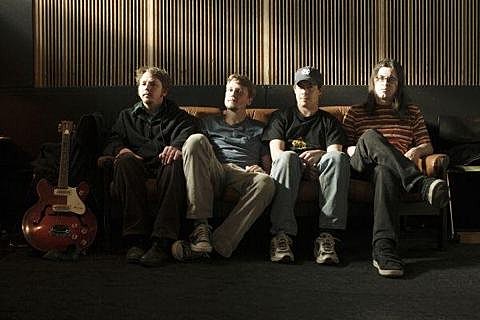 Chapel Hill, NC's long-running The Kingsbury Manx released their seventh album, Bronze Age, last month. Most of their records veer towards the pastoral end of the indie rock spectrum and while that can be found on Bronze Age too, the band seem a little more agitated and uptempo this time around. For them at least. It's a nice record and you can stream "Future Hunter" from it below and a few more here.

The band have a few shows on the horizon, including a stop in NYC tonight (4/12) at Cake Shop withe Miniboone and Home Body. All tour dates are listed below.