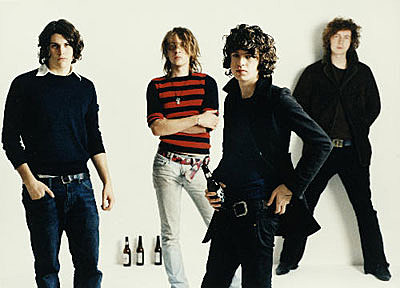 I can't tell you how many tickets were actually offered to the public, but apparently The Kooks' Brooklyn show sold out in like a eight days. The Kooks are the latest group of British teenagers to cause a stir (almost) the size of Arctic Monkeys. Hated by Pitchfork and loved by NME, they're visiting NYC for the first time this Fall. The Bowery Ballroom show on October 23rd was just added (supposedly in response to Northsix selling out so quickly), and tickets go on sale at noon.

"The band's debut album Inside In/Inside Out was released in their native UK in January of this year, peaked at #2 in the charts, and has since gone double platinum. The album will see a stateside release on Oct 3rd via Astralwerks." [Filter]