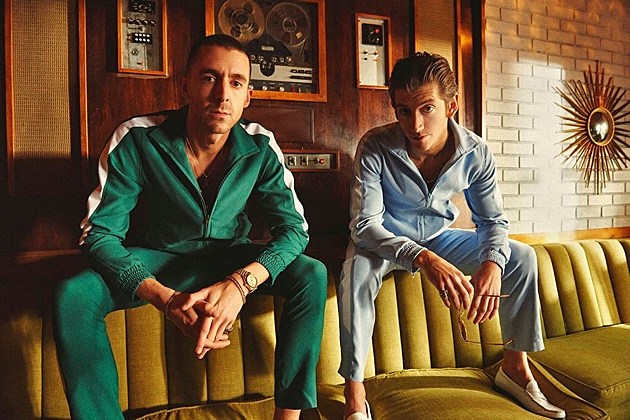 Arctic Monkeys frontman Alex Turner's side project with Miles Kane, The Last Shadow Puppets, recently teased that they'd follow their 2008 debut with a second album in 2016, and now the first single is out. It's called "Bad Habits," and it's a rockin', heavily layered song with Miles singing lead. Check out the video, directed by Ben Chappell, which has clips of the band performing, below.