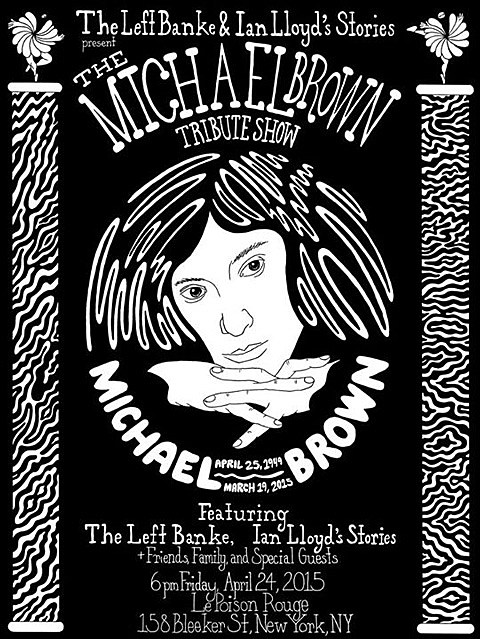 We lost Michael Brown this past March, and a tribute show is happening in his honor in NYC on Friday (4/24) at Le Poisson Rouge. Michael was best known as founding member and songwriter for The Left Banke, and his baroque-pop style can be heard today in the music of Belle & Sebastian, Jens Lekman, Jacco Gardner and many others.

The tribute show will include performances by the current lineup of The Left Banke, featuring founding member George Cameron, as well as Ian Lloyd's Stories -- the band Brown co-founded in the early '70s. Also performing will be Alan Merrill of The Arrows (who originally wrote/performed "I Love Rock & Roll" which Joan Jett made famous), plus Michael's family, friends and other surprise guests. Tickets are on sale now and a portion of the proceeds will go to his widow and twin boys.