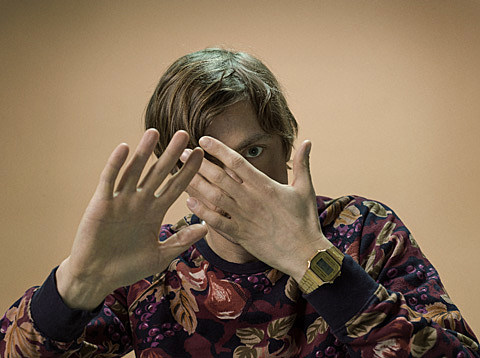 Johan Angergård will release a new album as The Legends, titled It's Love, on June 30. This will be the first Legends album not to be released on Labrador, the Swedish indie label that Angergård runs, instead coming out via Cascine, a label that clearly holds a torch for Labrador's discography. (Labrador is still going, by the way... there's a new Radio Dept. single on the way.) This is The Legends' fifth album and each one has been almost completely different than the last. Where 2009's Over and Over covered everything in harsh feedback, It's Love is the chillest Legends album yet, with sparse percolating drum machines, minimal guitar and keyboards, as well as heavy use of vocoder/autotune. (It all works really well with his songwriting style.) The record came after a tumultuous period in Angergård's life as he explains...

I felt old and like I didn't belong anywhere...some sort of no-man's-land. Free floating...

...I spent 2014 looking back on things that happened only recently, but with emotions and experience from 40 years squeezed in there. I don't know if this all sounds a bit pessimistic. It shouldn't. It's a new start. There's a lot of hope. There's love.

You can listen to It's Love's lovely opening track, "Keep Him," below.

The Legends are just one of Angergård's many musical projects, which include Acid House Kings and Eternal Death. His other other other band, Club 8, will be appearing at NYC Popfest this month, headlining the all-day Littlefield show on May 31 with #Poundsign#, Eternal Summers, Lunchbox, Seabirds, Palms on Fire, Starry Eyed Cadet, and Sapphire Mansions. It's Club 8's first NYC show in 16 years and tickets are still available. 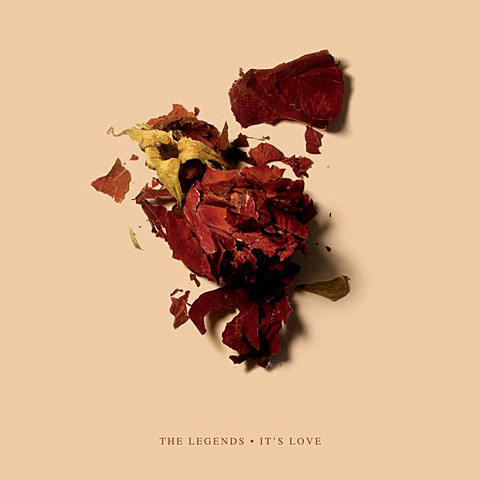 IT'S LOVE - TRACKLIST
1. Keep Him
2. Smoke And Mirrors
3. Love You
4. Something Left To Die For
5. The Great Unknown
6. All About Us
7. Winter Is The Warmest Season