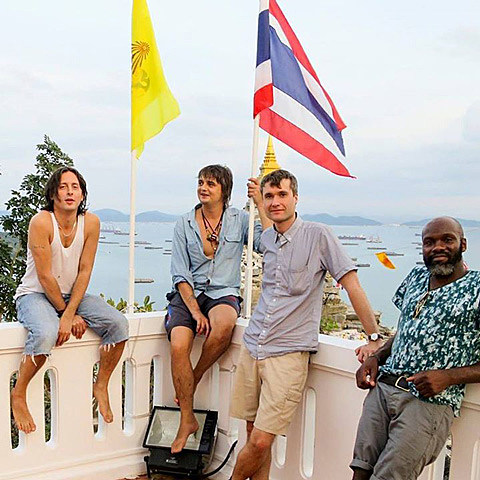 As mentioned, The Libertines reformed this year to play London's Barclaycard British Summer Time concerts and now the band have announced that they're back for real, having signed with Virgin/EMI with a new record in the works. The above picture is of the band signing the deal, which happened in Thailand where co-frontman Pete Doherty is currently in rehab. (His troubles with addiction are long and storied.) From the band's Faceboook:

Today we signed a new record deal with Virgin EMI Records on Ko Si Chang Island. It's going to happen. After everything we have been through The Albion sails on course again, and we couldn't be more excited. This signals a new era and a new beginning for The Libertines.

This will be the first album from The Libertines since their self-titled second LP in 2004. Listen to their acclaimed, Mick Jones-produced debut, Up the Bracket, via Rdio below...

Filed Under: Pete Doherty, The Libertines
Categories: Music News
Comments
Leave A Comment
Back To Top