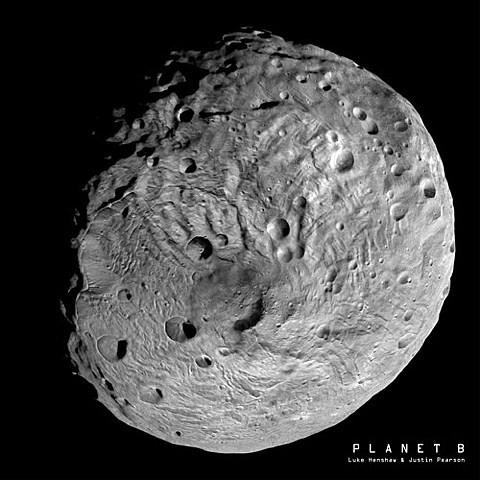 As he usually is, The Locust's Justin Pearson has been involved in a lot of stuff this year, getting Head Wound City (his supergroup with Nick Zinner and Blood Brothers members) active again and releasing a new Retox album, in addition to appearing in the movie Incompresa. Now he's got yet another project with new music. This one is called Planet B, and it's a collaboration between Justin and Luke Henshaw of Penguin Studio. The two worked together on the music for Incompresa and now they're releasing a 7", which is out November 27 via Justin's label Three One G.

The music is, as one might expect, weird, glitchy and frantic. It applies an electronic edge to the grindy noise freakouts of Justin's other bands. This really isn't grindcore though, and I don't even know how to categorize the whistles and pep-rally stuff going on on both of these tracks (the A-side is practically a marching song). In any case, this is engagingly weird stuff, and definitely a new musical direction for Justin. The A-side, "Wrong Utopia," came out a few months ago and the B-side, "Join A Cult," premieres in this post.

Listen to both below...