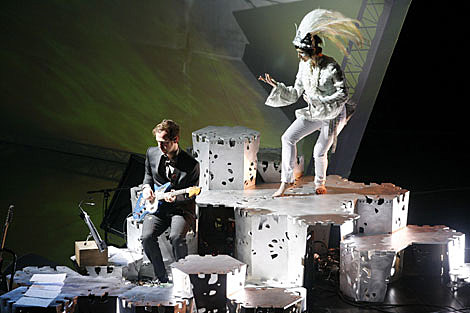 The Long Count premiered last night (10/28) at the Brooklyn Academy of Music while the Yankees were losing to the Phillies up in the Bronx. It's a risky piece - and not just because the pre-show epigraph was a radio broadcast of the last time the Yankees were swept in a World Series. The overarching "Creation" theme guides the piece's rise-collapse-rebuild structure, and its individual songs and their discrete musical worlds make each movement engaging and unexpected. Each part has its own center: At the beginning the band sounds like a chamber ensemble, with the two lead guitars playing in counterpoint. That transitions into a duet between twins Kim and Kelley Deal of the Breeders, whose smiles and lighthearted gait broke through any opening-night tension that might've been present. Their informality went against the general seated-show seriousness of the BAM Opera House. Shara Worden (My Brightest Diamond), in contrast, was in total performance-art mode, bouncing around lithely in a series of choreographed gestures and rotating costumes. The Deals sang muffled, overdriven harmonies, in their classic style, before splitting to take their own numbers. Kim's song in particular , "Time to play" it might be called, crested into a bass-less din like a staticy AM radio that filled the hall. (Kelley's, "Bull Run," you can hear above.)

While the Dessners sat (and rose at moments) on stage, they trusted the weight of their composed music to the assembled band. For the complexity of the piece, and the precision to which it was arranged, the tightness of the well-rehearsed and conductor-less band was remarkable. The middle of the piece is a series of instrumental arrangements that progress from relative order to menacing crescendo. To transition certain segments, Colin Stetson (on bass clarinet and bari sax) explodes through the hall with freefrom circular breathing figures. For these moments he's wholly alone.

A massive symmetrical backdrop of flowing abstract landscapes looms over the musicians and audience. The final piece, a Morricone-tinged number sung by Kim Deal, plays before a breezy, sun-burnt plain.

The show happens again at BAM on Friday and Saturday. Tickets are still available. More pictures from Wednesday below... 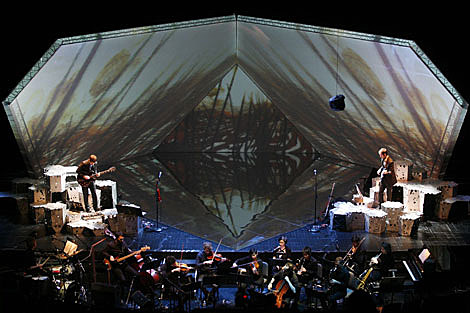 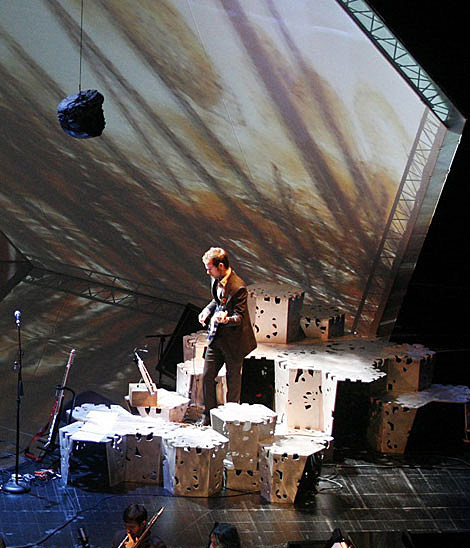 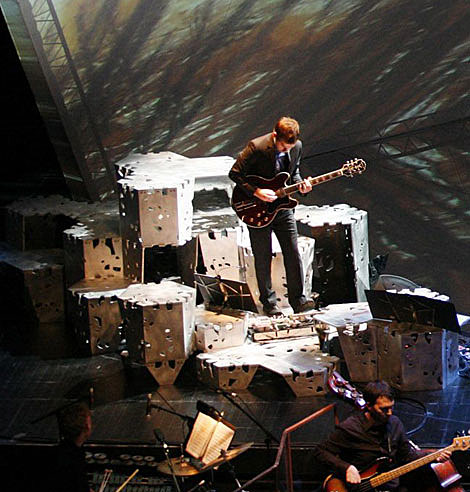 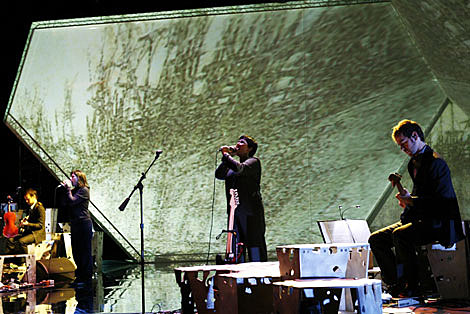 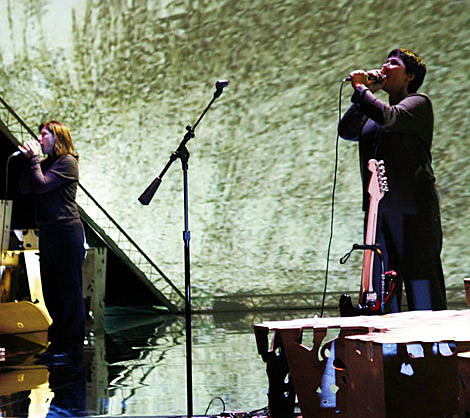 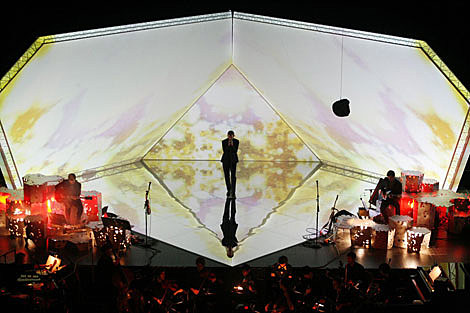 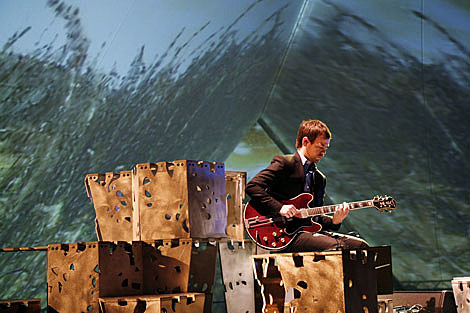 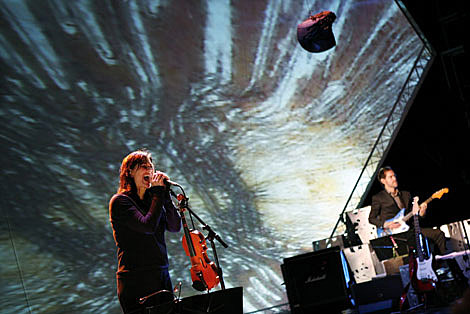 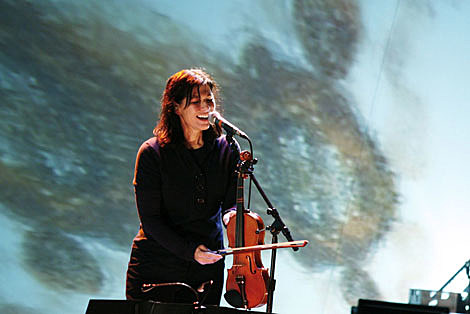 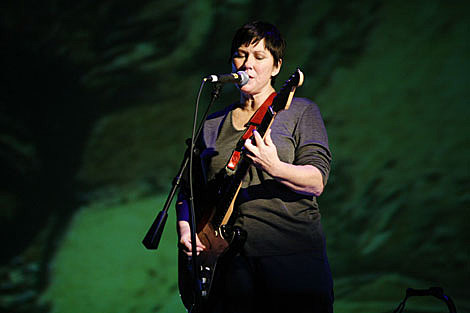 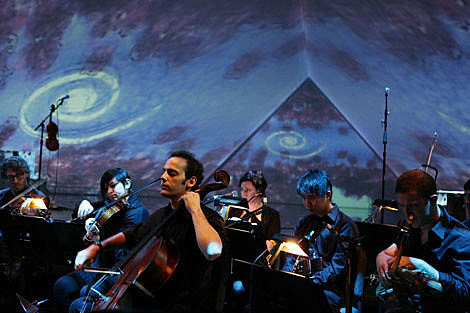 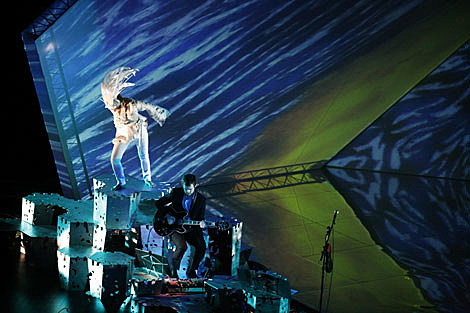