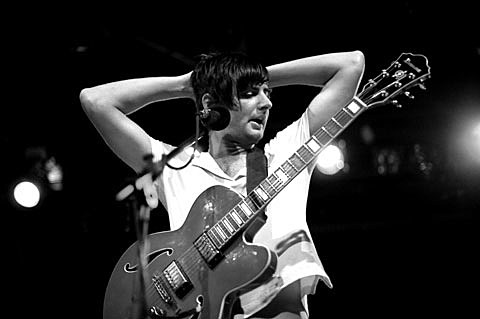 North Carolina indie rockers The Love Language are continuing to tour this year in support of 2013's Ruby Red (out on Merge). They'll play the Merge 25K in NC with Vertical Scratchers, and after that they have more dates including a NYC show happening on April 10 at Baby's All Right. That show is with local regulars Porches and KDH. Tickets for that show are on sale now.

Filed Under: KDH, Porches, The Love Language
Categories: Music News, tour dates
Comments
Leave A Comment
Back To Top
RELIVE IT: The 2019 Coney Island Mermaid Parade in pics
Watch Margo Price cover “WAP” on ‘The Daily Show’
Bill’s Indie Basement (8/14): the week in classic indie, college rock, and …
The Flaming Lips share “Will You Return / When You Come Down” from new LP
15 must-hear metal albums of 2020 (so far)
King Gizzard share new single “Some of Us”
Boldy James, Burna Boy, Young Jesus & more