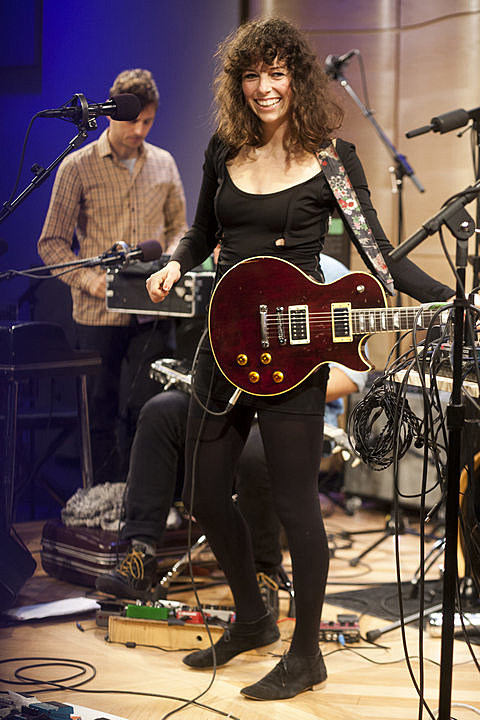 The Luyas were just here for CMJ who we caught a couple times (like at WNYC's "Soundcheck" at the Greene Space, video below) and were lovely as usual. The band were supposed to play Mercury Lounge on November 6 but that show has been canceled. Instead, The Luyas will play Cake Shop on November 3 and the show is FREE. To quote singer Jessie Lauren Stein's tweet, "You're on the guestlist! Pass it on!"

Updated Luyas tour dates are below.

The Luyas: Traces, Live in The Greene Space