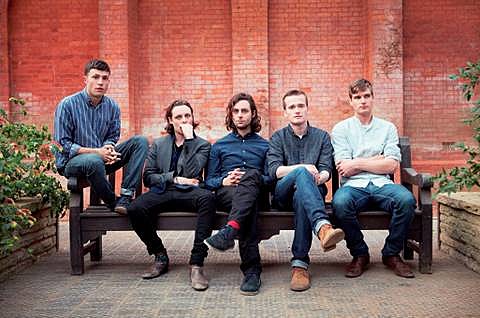 The Maccabees have been on the road for almost a year now, since releasing GIven to the Wild, which has been on a few year-end lists in the UK like NME, The Fly and Q. They've already come to North America for a couple headlining shows and as opening act on Florence and the Machine's tour. Now the band have announced that they'll be returning for a headlining tour in February with Reputante (ex-Levy) which hits NYC on February 14 at Bowery Ballroom and February 16 at Music Hall of Williamsburg. Tickets for both shows go on sale Friday (12/14) at noon with an AmEx presale starting Wednesday (12/12) at noon. All tour dates are listed below.

The Maccabees that are coming to North America in February are an indie rock band, but the Jewish rebel army that they're named after just so happen to be celebrating the success of their revolt from 2,000+ years ago this week (aka Hanukkah). We're on night 3 now and tons of celebrations have been going down like Yo La Tengo's shows and many others, including one by The Maccabeats, who derive their name from the same group.

A list of all dates and a video from Given to the Wild are below.