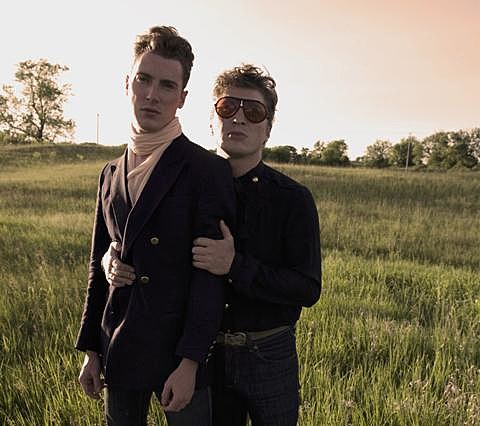 Hailing from Guelph, Ontario (about an hour West of Toronto), Geordie and Evan Gordon have been kicking around the general Toronto scene for about seven years, pulling time in bands like The Constantines and Islands while working away at their own project, The Magic. Drawing influences from classic soul and Georgio Morroder electro, The Magic's debut album, Ragged Gold, is a nice little pop record and you can stream the whole thing below.

The band, which is a sextet live, are currently playing shows in Europe but have one upcoming U.S. that we've heard so far and it's in NYC: December 6 at Glasslands Cameo. Tickets for that show are on sale now.

A list of tour dates and album stream are below...