Devotchka @ Metro in Chicago in January (more by Ben Rodig) 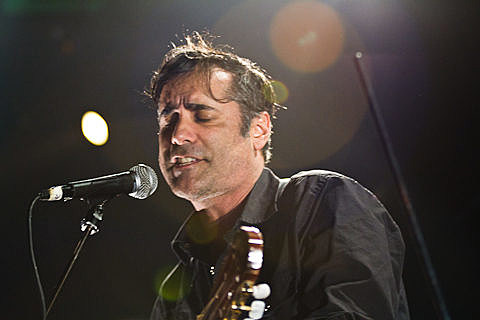 The accidentally revealed it on the intitial tour announcement, so we always figured there would be two, but now the 2nd is annnounced too:

"The Magnetic Fields have added a second show at the Beacon Theater in New York City on April 4th, the day following their current, nearly sold out show. Devotchka (acoustic) will open the show. Presale tickets are currently available via Music Today. General tickets go on sale this Friday, Feb 10 via Ticketmaster.

Devotchka (acoustic) also open the April 3rd NYC show, and all dates that are listed below. There will also be an AmEx presale for the new show on Wednesday at noon. More info on both Beacon dates at Ticketmaster.

Devotchka recently played a show at Metro in Chicago. More pictures like the one above, at BV Chicago.