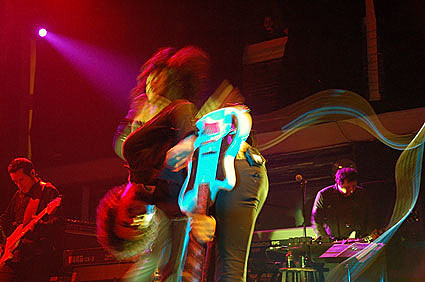 It's unclear whether the 2nd upcoming Mars Volta Hammerstein show listed on Ticketmaster is happening or not. It doesn't have an on-sale date and it's not on this list of official U.S. tour dates they just sent out....

PREVIOUSLY: The Mars Volta add 2 NYC shows to their schedule