The Mary Onettes are stranded 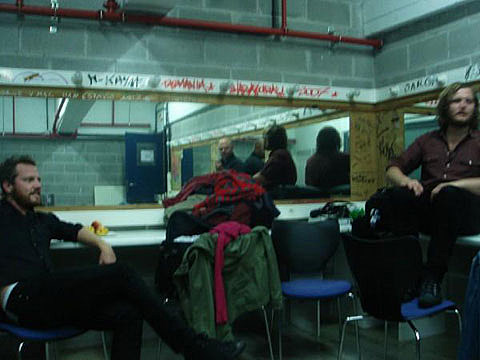 Sweden's The Mary Onettes have been forced to cancel their US tour, which was to start today (4/20) in Washington DC and included an April 21st show at Mercury Lounge, because of the Icelandic volcano that's been erupting (and canceling flights) since last week.

UPDATE: Micachu & the Shapes will take their place at Mercury Lounge!

Three songs by the band are reposted above. A note from The Mary Onettes and those canceled dates (plus a handful of Euro shows scheduled this summer) are below...

We are very sorry to announce that we are forced to cancel our US tour due to the volcanic ash that is keeping European air traffic grounded. We feel really sad for all our fans who had already bought tickets and for the promotors and support bands who have been advertising and working for the shows. We would like to thank Ben at Paquin Entertainment and Sioux at Magnum Pr, who have done a truly amazing job.

We hope to return for a new tour later on.

Please contact the box office where you bought your tickets for refunds.