laughing it up with The Mary Onettes 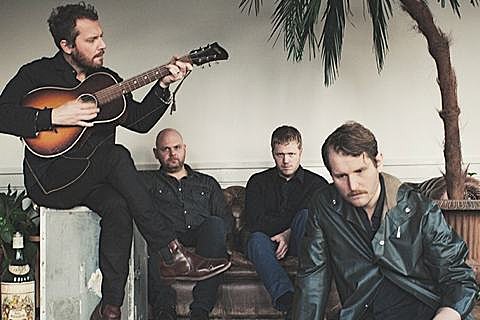 '80s-loving Swedes The Mary Onettes will release their new album, Hit the Waves, in March via Labrador Records. The record is a decidedly more mellow affair than anything they've done before, trading their love of post-punk guitars for more romo-sounding synths. (It also kinda sounds like Mirage-era Fleetwood Mac.) But their mopey romnanticism remains intact. You can stream the album's first single, "The Evil Coast," below and watch the video.

The last time The Mary Onettes tried to tour North America, a volcano got in their way. No full band dates for 2013 just yet, but frontman Philip Ekström will be performing solo sets in NYC at Glasslands on February 19 (tickets) and Cake Shop on February 20.