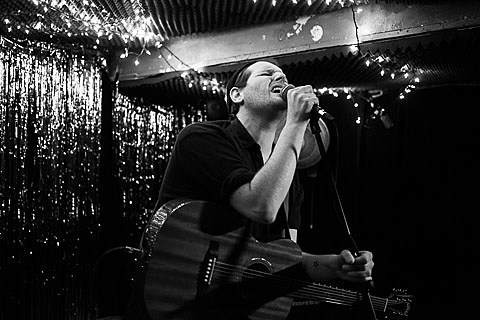 As mentioned, Sweden's The Mary Onettes will release their new album, Hit the Waves, on March 12 via Labrador. The record is miles away from the driving, Cure-ish post-punk the band were known for in the past, and the new album sports a boyant, synth-heavy sound. This could be due in part to working with Studio's Dan Lissvik (who also produced the new Young Galaxy album). The band just released the album's title-track as a single and you can stream it below.

Frontman Philip Ekström was in NYC last week doing press and played a couple solo acoustic shows while here, including Glasslands on 2/18, and Cake Shop on 2/20 with The Hairs, TSINGTAO and Little Band of Sailors. With laptop backing, Ekström treated the Cake Shop crowd to a bunch of Hit the Waves' songs and we've got photos from his and The Hairs' set, plus video (courtesy Future Sweden), below... 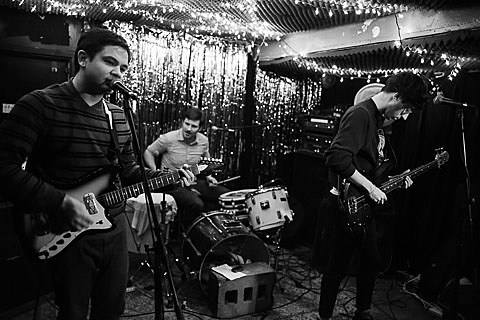 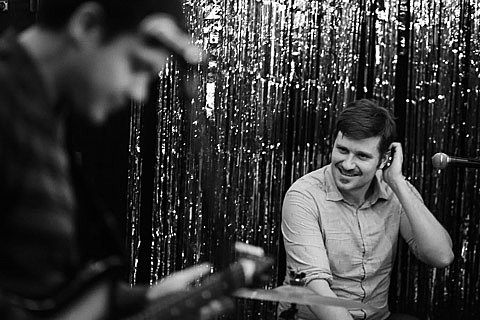 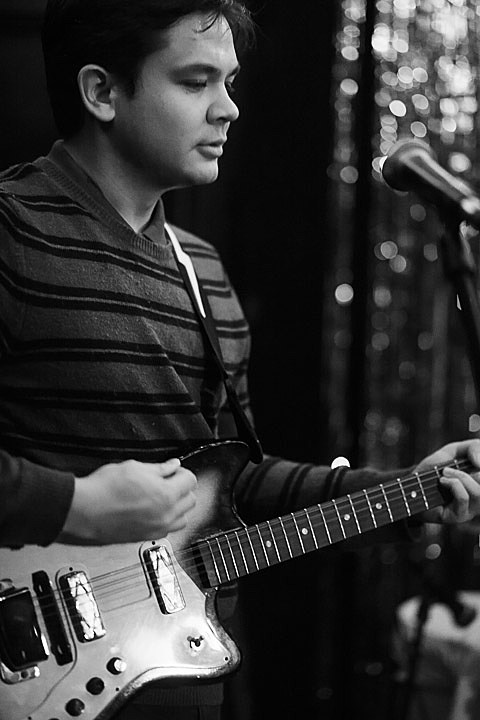 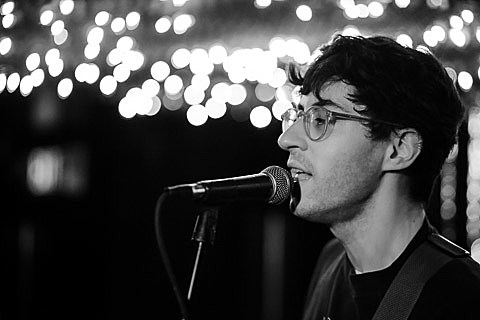 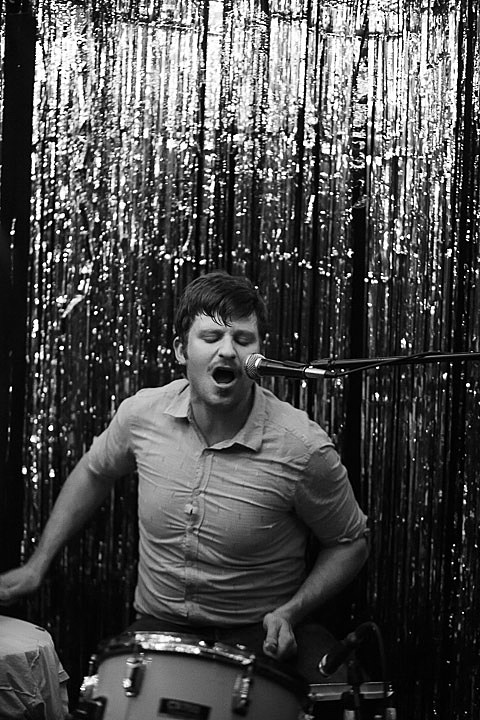 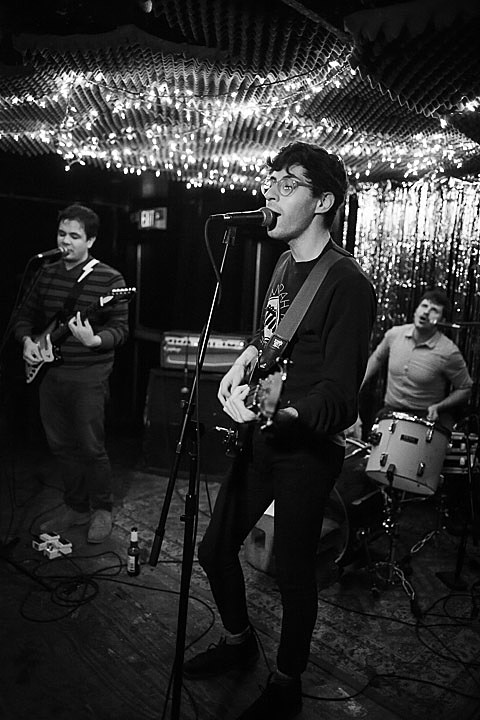 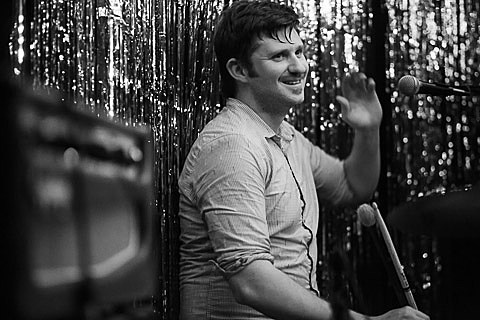 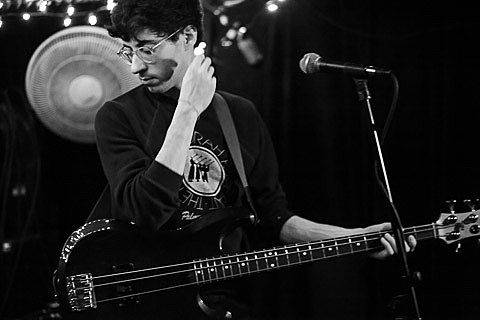 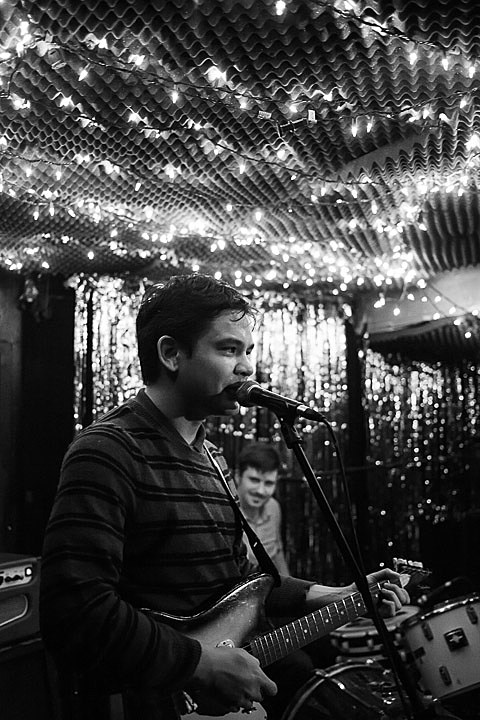 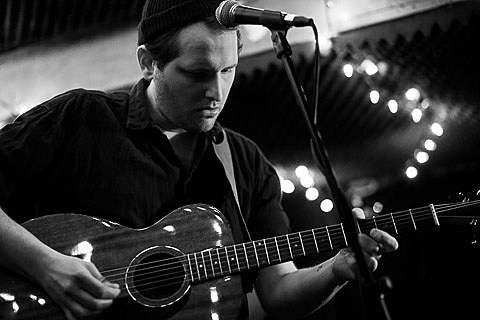 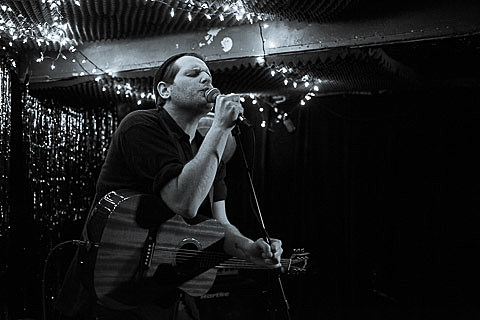 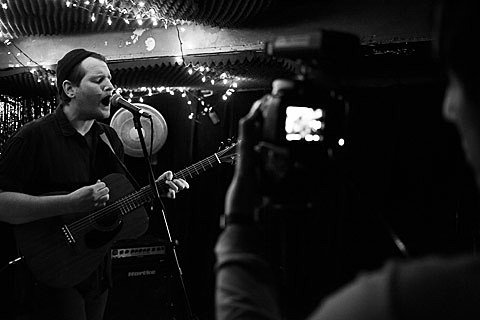 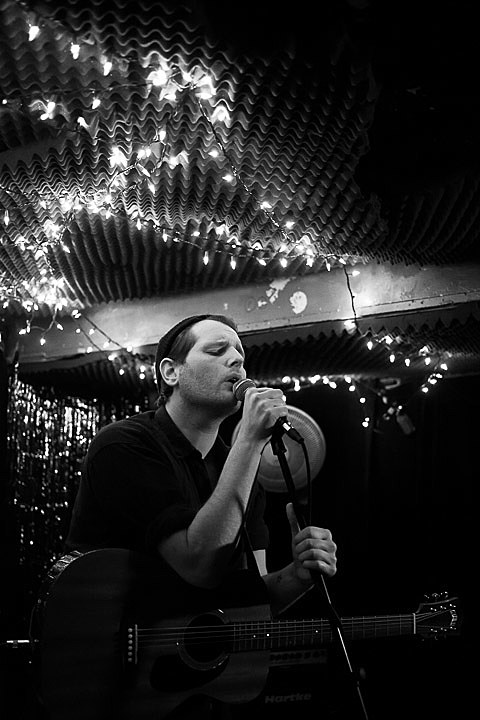 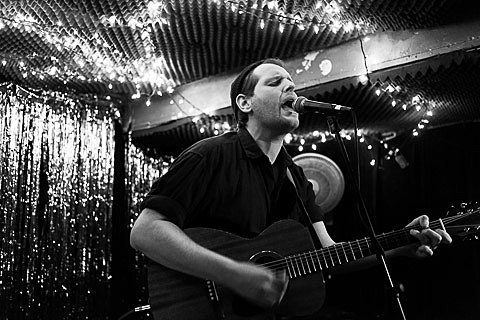 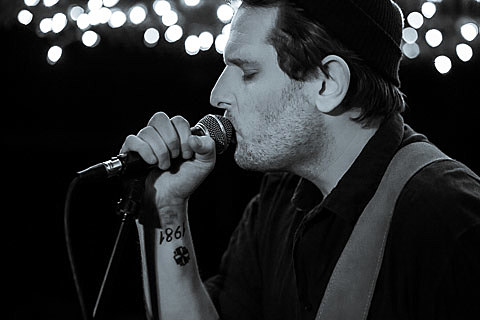 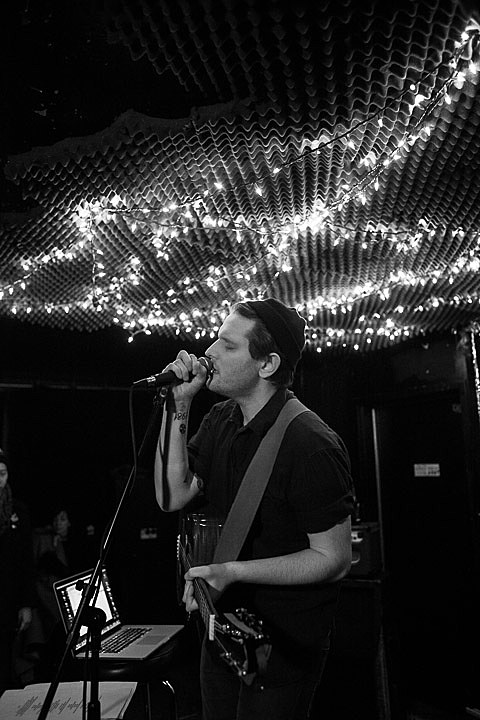 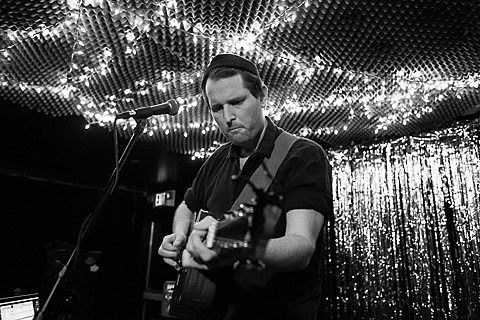 The Mary Onettes - Evil Coast from Future Sweden on Vimeo.

The Mary Onettes - Hit the Waves from Future Sweden on Vimeo.