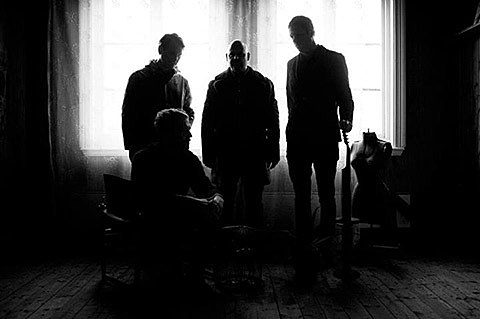 Good news / bad news, Mary Onettes fans. First, the good. The Swedish band's new mini-LP, Portico, is out next week (3/4) and is a lovely piece of ethereal (but not chillwave) dreampop. You can stream it right now (via V Magazine) in this post.

Here's the bad: The Mary Onettes' North American tour was to have started this weekend but will not make their the Alston, MA (3/5 at Great Scott) and Brooklyn (3/7 at Glasslands) dates. No word on the other dates of the short tour as of yet. In both those cases, tourmates Heavenly Beat are still playing and the Glasslands show is now being headlined by Tei Shi (who originally was going to play the venue on 3/2). Atlanter is also on the Glasslands bill and tickets are on sale.

UPDATE: Due to visa issues, the tour is canceled. However, they are still able to play their offical SXSW showcases and will do so. Mini-LP stream, below...