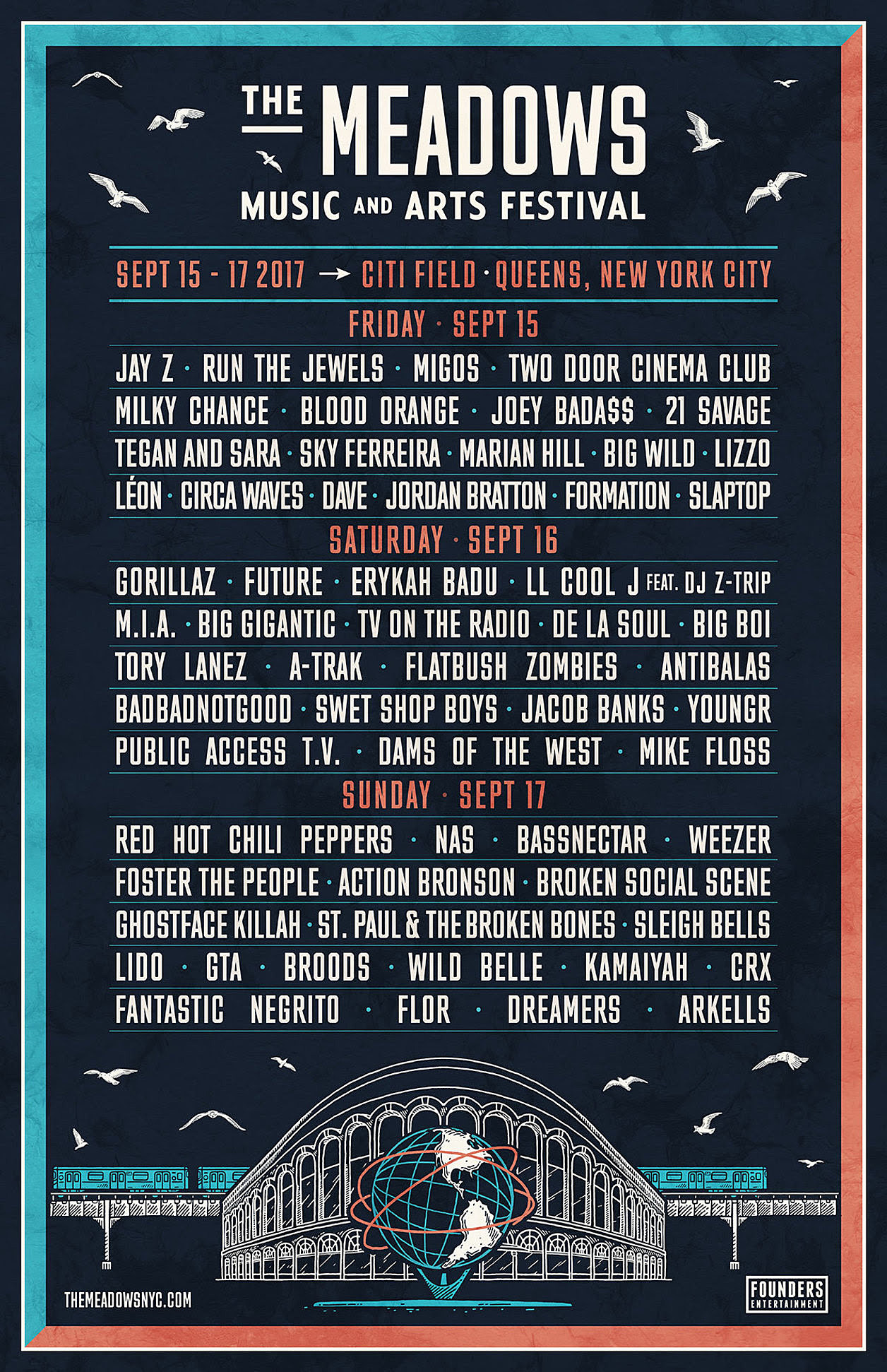 The Meadows Festival has just announced daily lineups for its sophomore edition which happens September 15 - 17 at Citi Field in Queens, NY:

Single Day Tickets are currently on Citi cardmember presale right now and go on sale to the general public on Thursday, June 8 at 10 AM. You can still get three-day passes as well. You can also enter to win a pair of three-day passes.