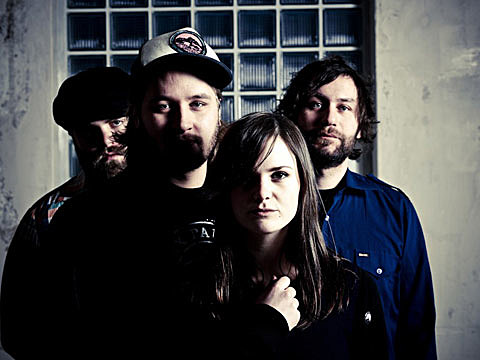 This year's SXSW festival is a month away and some of you may be sick of hearing about it already. Especially if you're not going. One nice thing about New York is a lot of the international acts play here either on their way to or from Austin, and usually doing longer sets than you'd get at the fest.

In that spirit, like last year, we're gonna bring a little of the SXSW spirit to Brooklyn -- minus the inability to find a cab at midnight. The BrooklynVegan & Tiger Mountain pre-SXSW Party will be at The Rock Shop on Monday, March 14 with Bloodgroup, The Megaphonic Thrift and The Lines. Tickets are only $8 and on sale now. 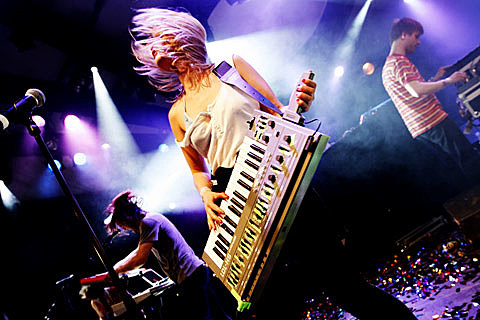 Iceland synth pop collective Bloodgroup headline the night. Maybe you saw them at CMJ last year. The band's 2009 LP, the slinky, seductive Dry Land, drew favorable comparisons to The Knife. KEXP's blog wrote of their 2010 CMJ performance, "Bloodgroup could be this year's The xx, if enough people take the time to stop and listen." Stop and listen to Bloodgroup's single "My Arms" at the top of this post.

The Megaphonic Thrift (who share members with Casiokids and The Low Frequency in Stereo) played in NYC last March on their way to SXSW as their new album, Decay Destroy, had just come out in their home country of Norway. It's taken a year for the album to get an American release -- out next month on Sonic Union -- but it's probably good timing as their sound fits in well with the '90s indie rock resurgence we're experiencing right now.

Check out the "Candy Sin" -- part Sonic Youth, part Swervedriver -- at the top of this post. I've seen them a couple times. If you dig loud, shoegazy rock The Megaphonic Thrift do it very well. If you can't make the Rock Shop show, the band plays the night before (3/13) at Mercury Lounge where they'll play with Endless Boogie and Arboretum. 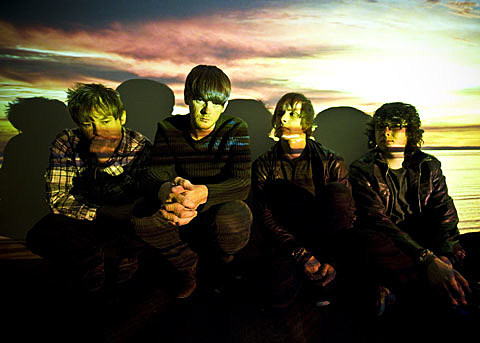 Openers are The Lines who hail from Wolverhampton, UK (home of Slade, Goldie and Ned's Atomic Dustbin) and, like Bloodgroup, were here last in October for CMJ. Check out their single "El Matador" at the top of this post which should appeal to fans of Two Door Cinema Club, Bloc Party, and other danceable UK indie.

Should be a fun night, especially because we're giving away Strongbow Cider to those who get there early (while it lasts). Videos and all tour dates for all three bands, below... 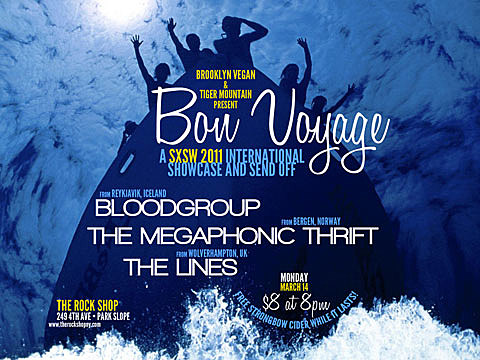