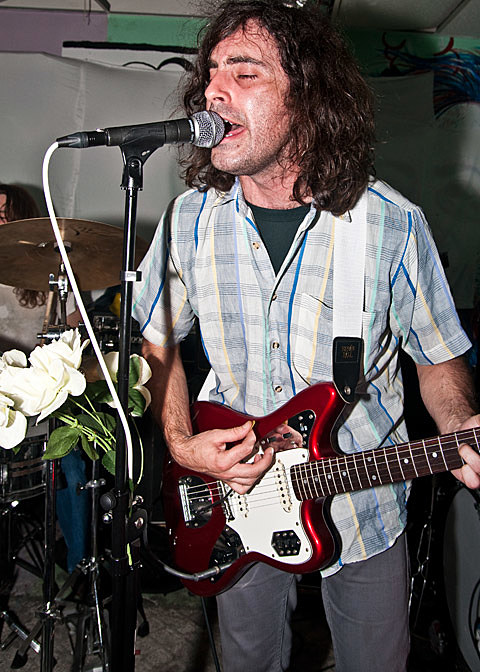 hey
we're heading up to Big Indian on Tuesday to start recording the new record. we'll be gone for a few weeks.

we're coming back to do a show at Webster Hall in NYC on May 16th. That's going to be our last New York show for a while, so come out.

Then, we hit the road again - tour dates to the right.

See you out there.
Mark

I call bullshit on The Men! A little more than a month and a half after that Ty Segall/White Fence appearance, they'll go big with a show on July 6th at Gramercy Theatre with PS I Love You and So So Glo's for an early show at the venue as part of CBGB Festival. Ticketing info is forthcoming, badges as part of the festival are still available.

UPDATE: The Men are NOT playing, but JD Samson & MEN are.

The Men's aforementioned Matador single hits as part of the label's Singles Going Home Alone series, which is available now. Details on the repress of Immaculada, The Men's debut LP, are forthcoming.

Also included on said subscription series is Austin's OBN IIIs, who are in NYC TONIGHT as part of an East Coast tour and a pair of local dates: June 1st at Cake Shop and June 2nd at Don Pedro.

PS I Love You, meanwhile, were just in town over Memorial Day weekend, where the band made their NYC debut as a trio. The new member traded off on bass and keyboards and helped bring the bigger sound of the band's second album, Death Dreams, to life.

All updated PS I Love You and The Men tour dates are listed below.

The Men - Open Your Heart