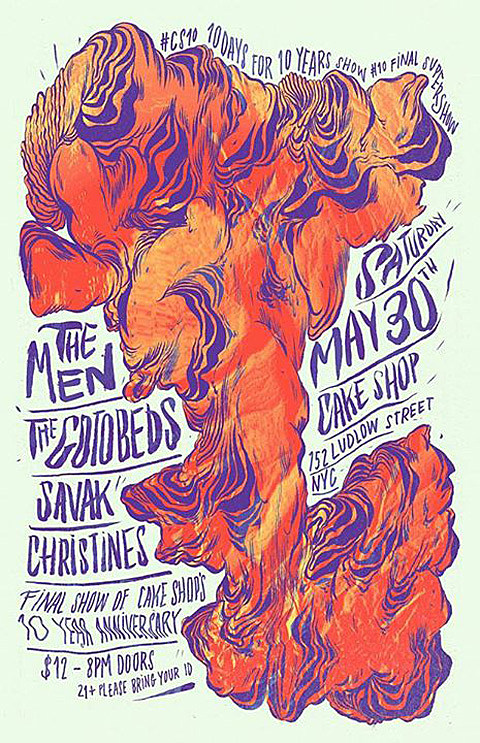 Cake Shop's monthlong 10th anniversary wraps up on Saturday (5/30) with their final "super show" featuring new Sub Pop signees The Gotobeds and SAVAK, the new band from Obits' Sohrab Habibion and Greg Simpson. The show is now more "super" as The Men have been added as headliners, and Christines will open the show. Advance tickets are now available and that's the flyer above.

The Men haven't played an NYC show in nearly a year but are "back" says the most recent post on their website, and they'll also play an all-NYC edition of City Sounds Festival in Paris on July 17 & 18 with Thurston Moore Band, Beech Creeps, Heavy Trash, White Hills, and The Mystery Lights. Flyer below.

The Mystery Lights, meanwhile, play NYC NYC tonight (5/26) at Baby's All Right with Austin's Holy Wave, as well as Laser Background, and Annique Monet. Flyer for that show is also below. 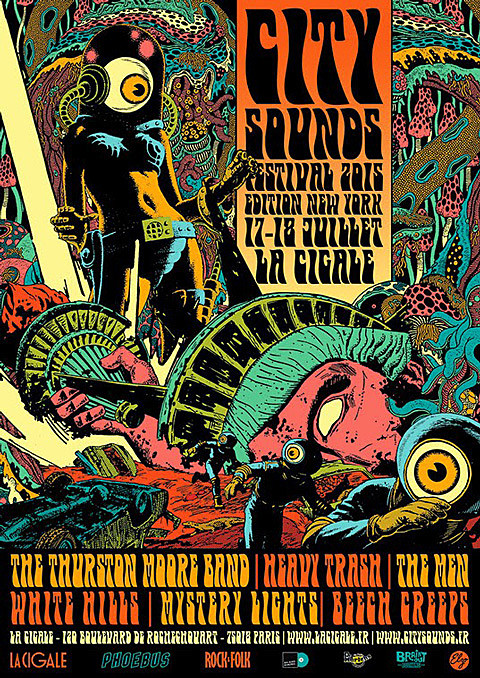 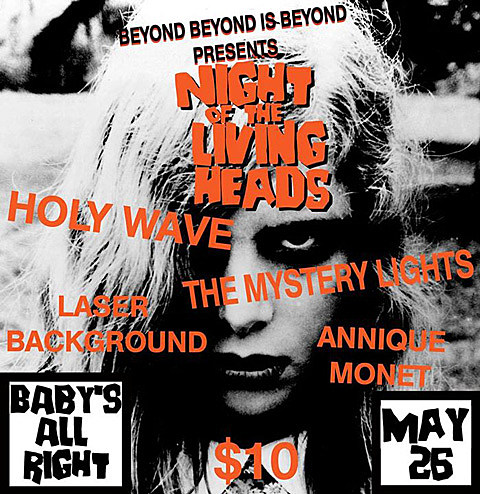