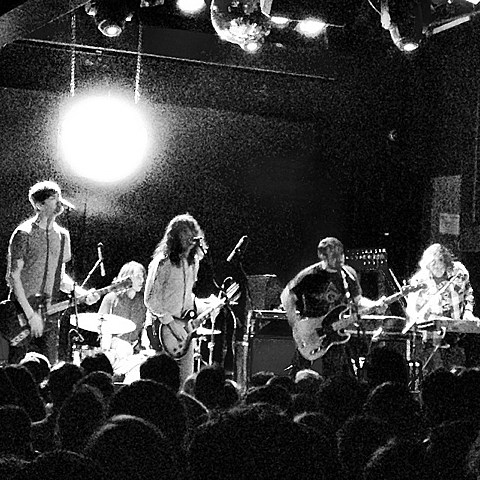 Brooklyn punks/country rockers/jammers The Men just released their new album Tomorrow's Hits this week and celebrated by bringing their tour with The Ukiah Drag to Bowery Ballroom on Wednesday (3/5) for a hometown release show. You can check out a video of the band from that show, along with their new music video for "Pearly Gates" from the new record, below.

The Men will avoid SXSW insanity by heading to Europe for a tour next week, and later in the year they'll tour with their Brooklyn pals Nude Beach. That tour includes a show at new Brooklyn venue The Wick on May 10, and making it even more exciting, Obits are on that show too. That's a great triple bill. Tickets for the Wick show are on sale now. All dates are listed below.

Obits also just put out a new video. It's an animated one for the song "I'm Closing In" from last year's Bed & Bugs. Check that out, along with the Men videos and the list of tour dates, below...