The Men at Union Pool earlier this month (via Joe Melnick) 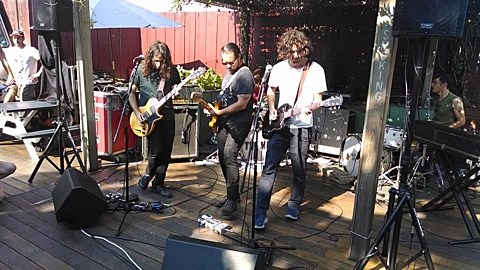 Brooklyn punks/folk rockers/jammers/whatever-ers The Men played a free hometown show earlier this month for Union Pool's Summer Thunder series (which recently announced its August schedule) and they've got more dates coming up, including another free summer show in Brooklyn. The band will play Brooklyn Night Bazaar on August 15 with Philly rockers Purling Hiss, Honey and Friend. All of The Men's dates are listed below.

Purling Hiss also recently announced that they'll release Weirdon, the followup to 2013's Water on Mars, on September 23 via Drag City. No music from that album yet but you can check out a teaser video below.