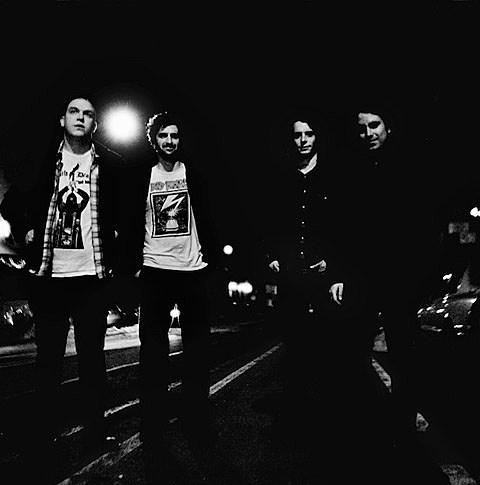 The Men are made up of four men, but aren't MEN (aka the JD Samson project of similar name), so lets get that straight right away. The Men is a Brooklyn punk rock band that, after releasing the noisy and fun Immaculada and We Are The Men LPs, have a new long-player in Leave Home out now via Sacred Bones. Stream all of that fantastic LP below.

The Men are celebrating the release of Leave Home with TWO shows, the latter of which is the previously discussed and now sold-out Iceage/Prurient throwdown at Public Assembly on June 17th which will also feature appearances from Anasazi, Cult of Youth, Lost Tribe, Pop. 1280, Yellow Tears, and DJ Wes Eisold (Cold Cave). But the band will also play a second show this week at Death By Audio on 6/15, this time with Milk Music, Nude Beach, and Marsh Hens. Doors are at 8PM for the $7 show.

All tour dates, the show flyer, and the full album stream are below. 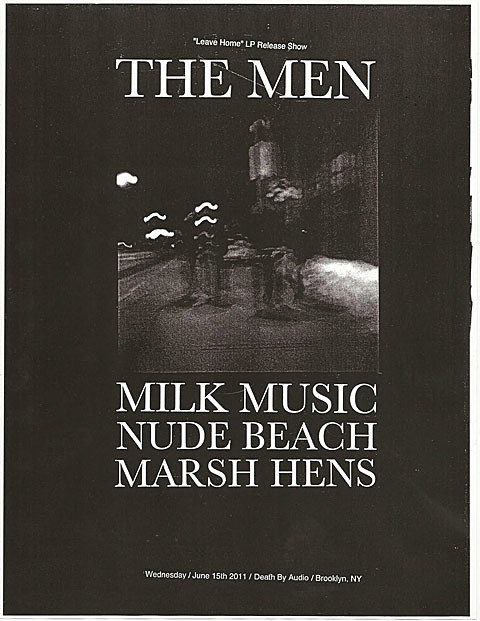