The Menzingers at Terminal 5 in 2013 (more by David Andrako) 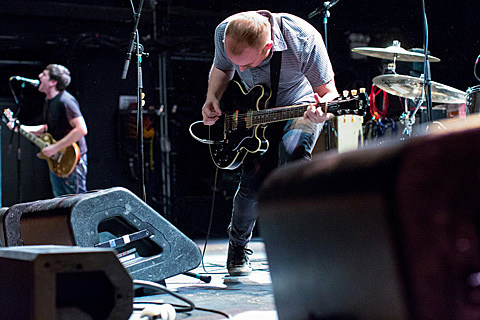 The Menzingers are going on a North American tour in support of their much-anticipated new album this year, and since we last spoke, some pretty excellent support was announced for that tour. The Menzingers will be joined by Buffalo indie pop/punks Lemuria, Toronto punks PUP, and The Menzingers' Philly neighbors Cayetana. As discussed, the tour hits NYC on May 30 at Webster Hall. Tickets for that show are still available.

Both The Menzingers and Lemuria were also just announced for The Fest. Updated dates are listed below.

PUP are just about ready to release their self-titled debut LP in the US. It comes out next week (4/8) via SideOneDummy but you can stream it in full, below. The band also recently made a video for one of its singles, "Lionheart," which you can watch below as well. You can catch PUP in NYC before that Menzingers show too. They play Brooklyn Night Bazaar on April 12 with equally distortion-heavy bands Hunters and Big Ups. Like all BKNB shows, that one is FREE.

We're still waiting on Cayetana's debut LP to be announced, but ahead of that they recorded/re-mastered some of their earlier material for the "Hot Dad Calendar" b/w "Ella" 7" on Tiny Engines, which came out this past February. It's part shaky folk, part indie rock, part punk, and a good tide-over while we wait for the album.

The list of dates, tour flyer, and all streams, below...

The Menzingers - "I Don't Wanna Be An Asshole Anymore"

The Menzingers - "In Remission" 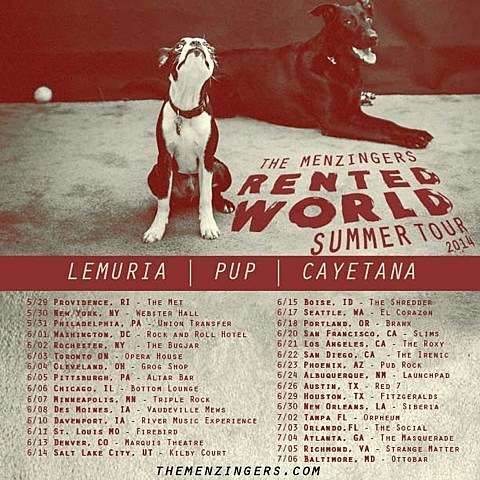