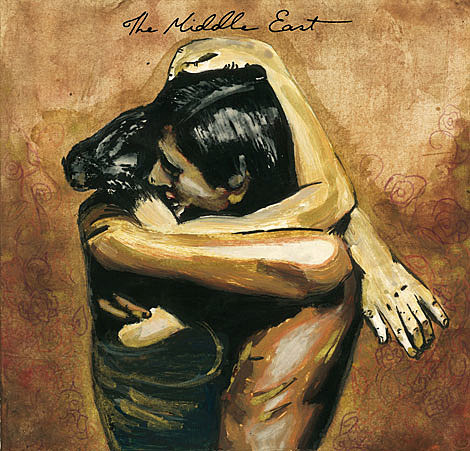 Australian band The Middle East first put out their debut release, The Recordings of The Middle East, in early 2008. That EP, now in a reworked and abbreviated package, was finally released in the US on October 27th by Spunk (according to Wikipedia, in the in-between period the band broke up and reformed). Two tracks from the EP are posted above, including the stellar "Blood," a song that has the same kind of haunted, economical sound that Grizzly Bear works so well, with a more pop-focused foundation. The band's songs are varied and stretch to cover a lot of popular indie sounds. Fans of Iron & Wine, Fleet Foxes, Nick Drake and Bon Iver take note.

They'll be opening dates for Grizzly Bear and Cat Power in Australia, with their own dates in the country as well (including its Big Day Out, Woodford Folk and Laneway festivals). Their first US appearance is scheduled for March at SXSW in Austin.

The EP is streaming in full below with the video for "Blood" and all tour dates....