Kimya Dawson's mom and baby (via) 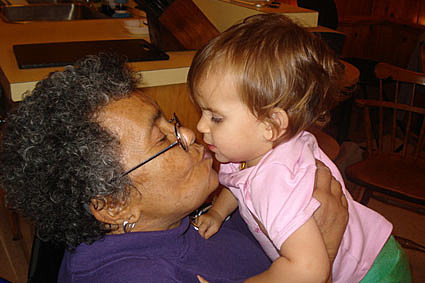 The Moldy Peaches are one of the unlikeliest success stories in indie rock: they went from being a minor novelty act to being essentially broken up to rocking Barbara Walters on The View with a song from the soundtrack to Juno. They've allowed that song, "Anyone Else But You," to be re-written for an ad for the Atlantis resort in the Bahamas. The new version features lyrics like "Let's go ride a couple of dolphins/Or maybe play tennis/Or do some golfing." It's a strange marriage, as the Peaches never seemed like the types to shill at this level, while Atlantis associates themselves with a band who once had a minor hit with a song called "Who's Got the Crack." [Rolling Stone]

Watch the ad at Rolling Stone. Watch "Who's Got the Crack?" below....