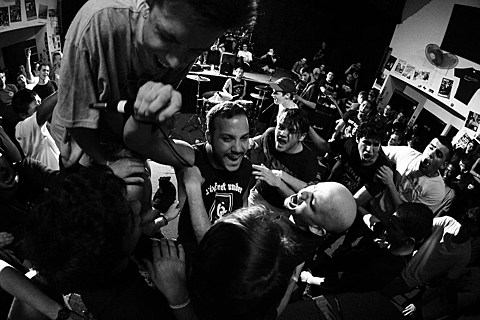 If you're going to go out, go out with a blowout. New Jersey straight-edgers the Mongoloids are living that axiom with their last show. They'll be featured at Back to School Jam 2014 held at GameChanger World in Howell, New Jersey on August 23. And, as long as you're not allergic to camo shorts, X'd up hands, and breakdowns, the bill is absurdly stacked: Foundation, Death Threat, Bitter End, the fresh off of Black n' Blue Bowl Incendiary, and a ton more. Advanced tickets, with some early bird savings, are available now.

The Mongoloids are wrapping up a near ten year career that has seen the band tour with some of punk's finest -- Agnostic Front, The Cro-Mags, Terror, H2O, Sick Of It All, etc. -- as well as releasing splits with bands like Kids Like Us and Broken Teeth. Their discography includes three LPs, the last of which, Mongo Life, was released in 2013. Before they check out, the crew will do one last loop of the Eastern/Midwestern United States in late May through June.

In fact, a few of the Back to School Jam bands have a slate interesting engagements lined up. For instance, Death Threat, Incendiary, and Suburban Scum will be at This is Hardcore and Foundation will be on the outrageous bill of Judge, H2O, and Blacklisted in Chicago this June.

The list of all Mongoloids tour dates, the Back to School Jam lineup, and streams aplenty for your quiet office cubicle moshing needs appear below... 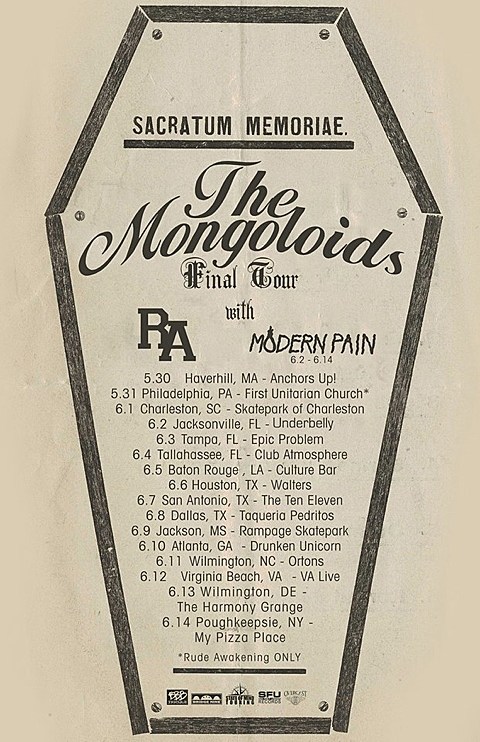