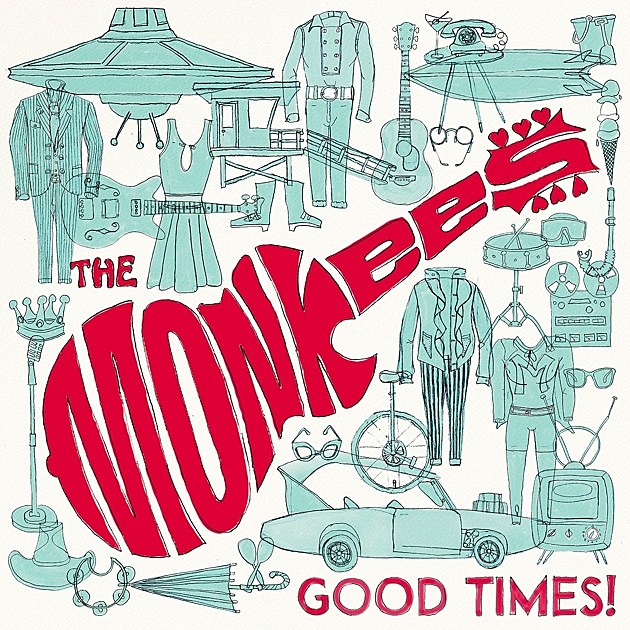 Yesterday, we mentioned that The Monkees will celebrate their 50th anniversary with their first new album in 20 years and a tour. Now the dates for that tour have been announced.

It hits NYC on June 1 at Town Hall. Tickets for that show should be on sale soon. All dates are listed below. Michael Nesmith, who did contribute to the new album, stopped touring with them last year.

As mentioned, their new album will feature songwriting from Rivers Cuomo, Ben Gibbard, XTC's Andy Partridge, Rogue Wave's Zach Schwartz, and Fountains of Wayne's Adam Schlesinger, who also produced it. Rolling Stone revealed today that Noel Gallagher contributed songwriting too. They also revealed the cover art, which is pictured above.

Listen to Weezer do "I'm A Believer," with the list of dates, below...