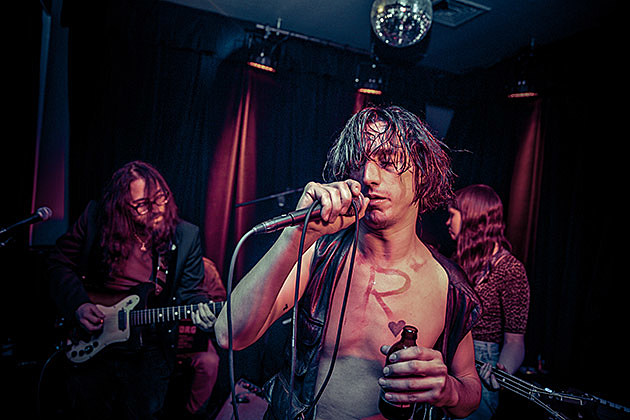 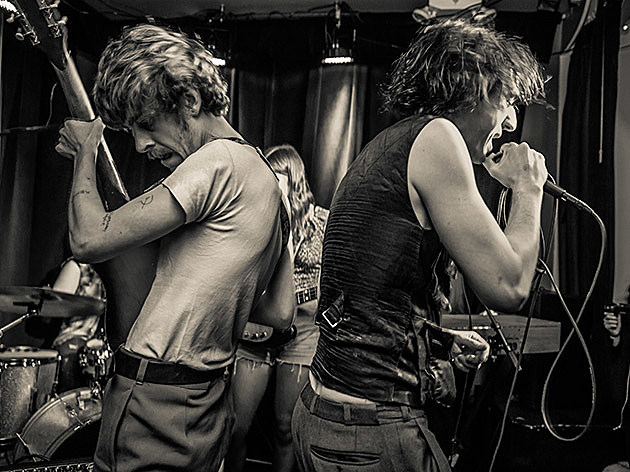 The Moonlandingz, featuring Lias and Saul of Fat White Family and Sheffield's Eccentronic Research Council, made their NYC live debut on Saturday (10/3) at East Village club Berlin. Kicking things off with their terrific single "Sweet Saturn Mine" (a minor hit in the UK), Moonlandingz kept the energy up for the whole set -- they're sort of the pop, electro-charged party band version of the Fat Whites. Most of the set was new to everyone -- they spent the week prior working on their debut album at producer Sean Lennon's upstate studio -- but they did also play the equally crazed "The Man in Me Lyf" from their self-titled EP which is getting an expanded release next month. Lennon joined the band for a song at the end of the set, too. Berlin is a tiny room, and it was just packed enough, making this a very fun show.

Fat White Family will have a new album out in January, so stay tuned for details on that and The Moonlandingz album. Meanwhile, check out more pics from The Moonlandingz' NYC live debut below... 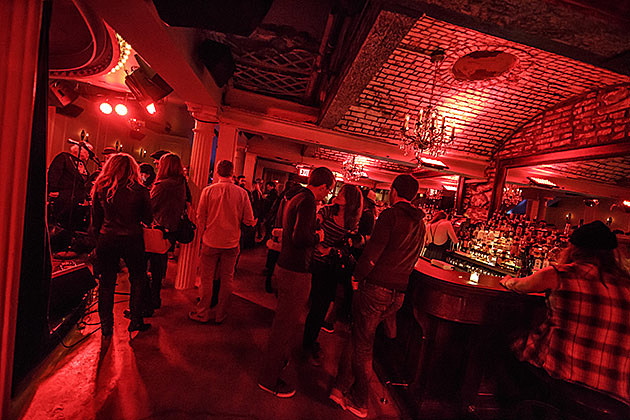 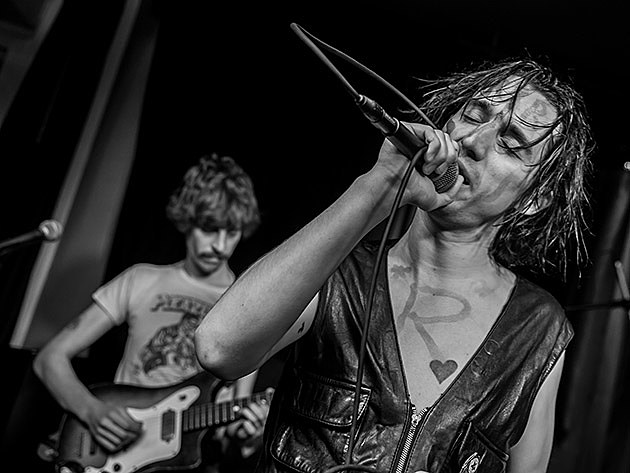 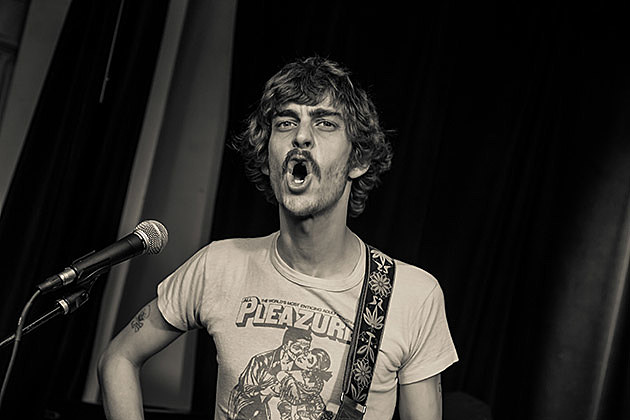 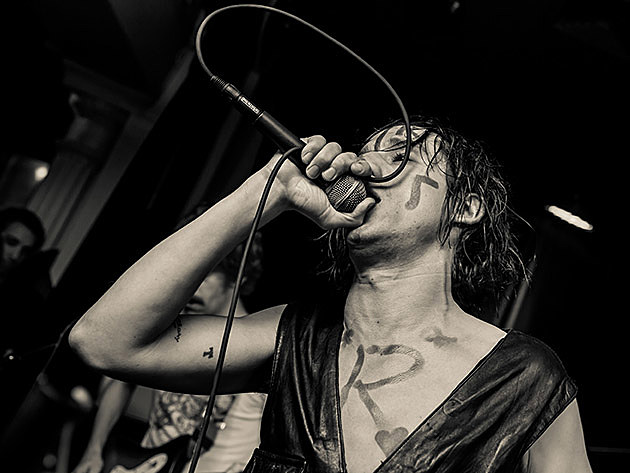 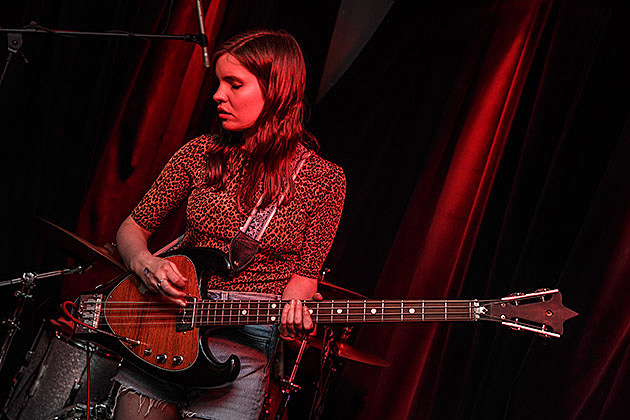 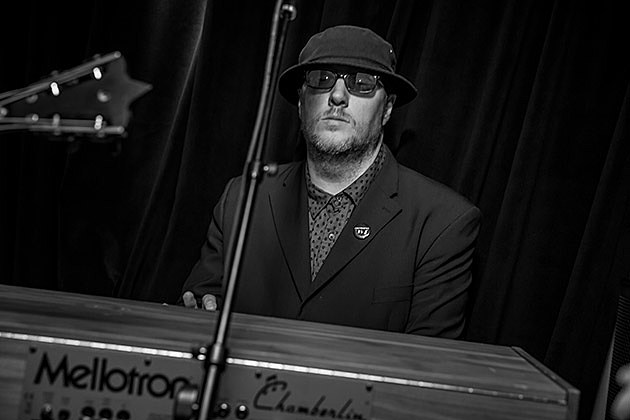 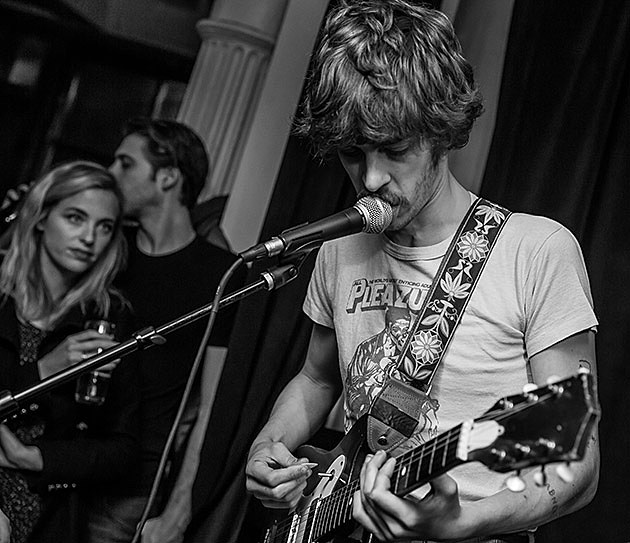 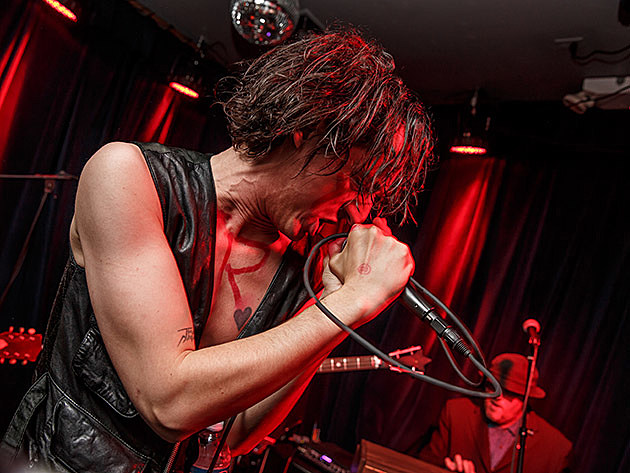 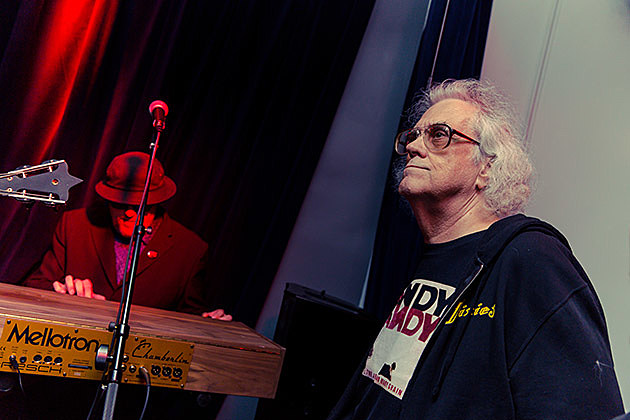 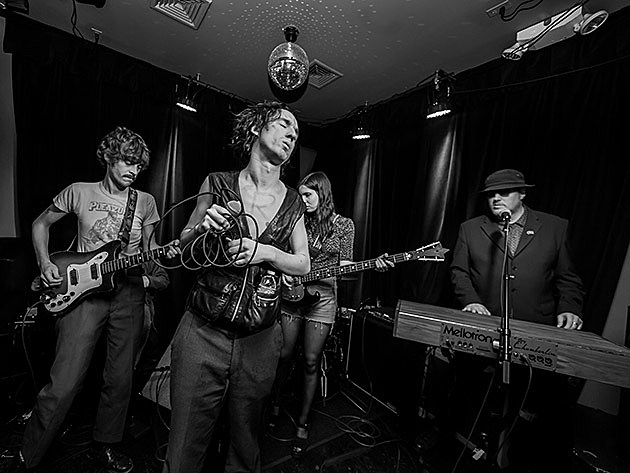 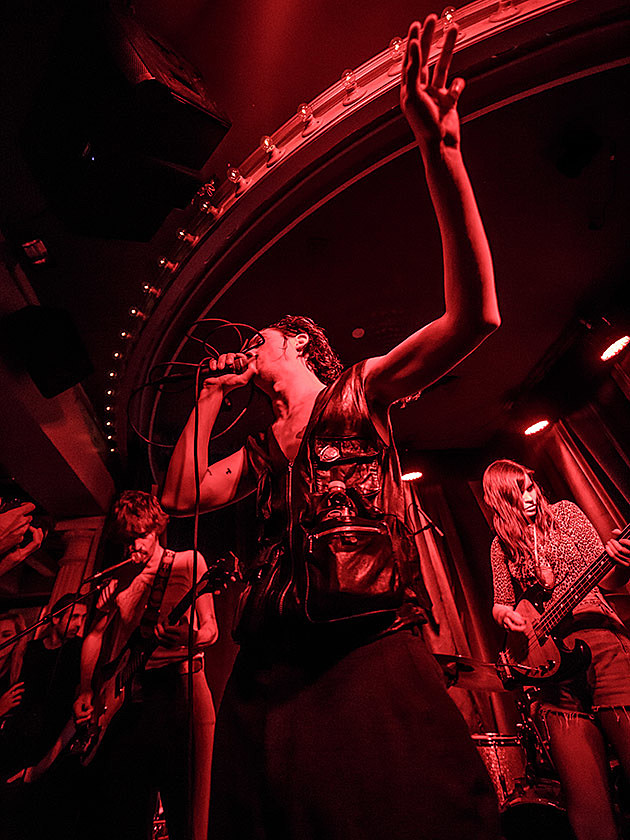 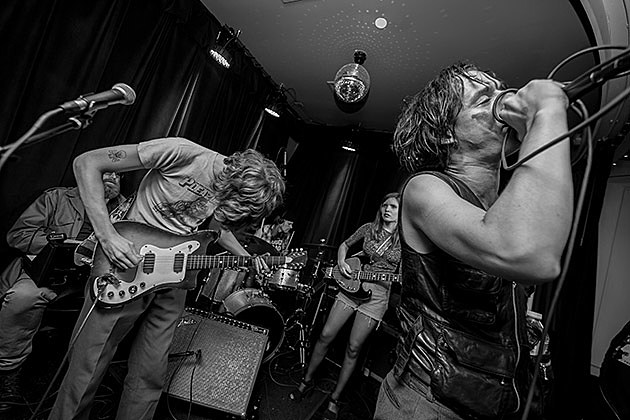 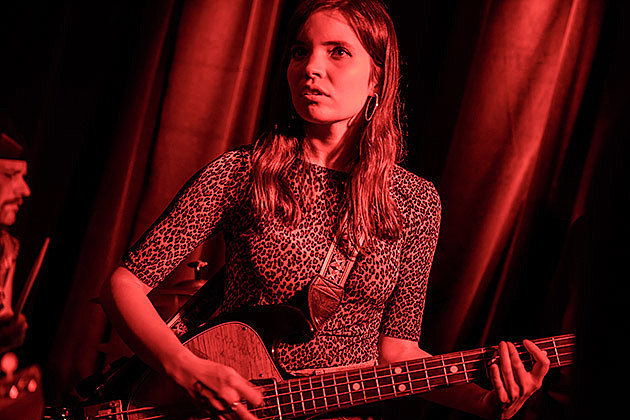 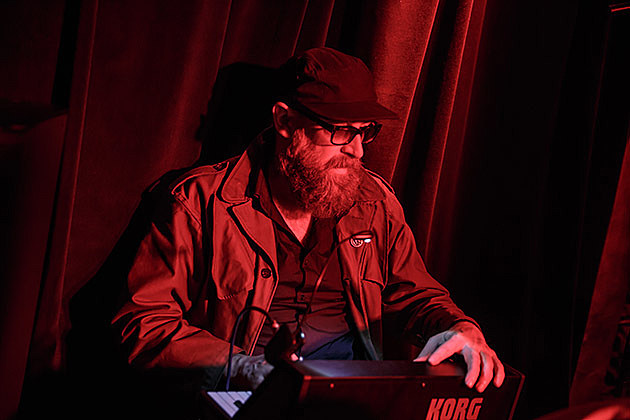 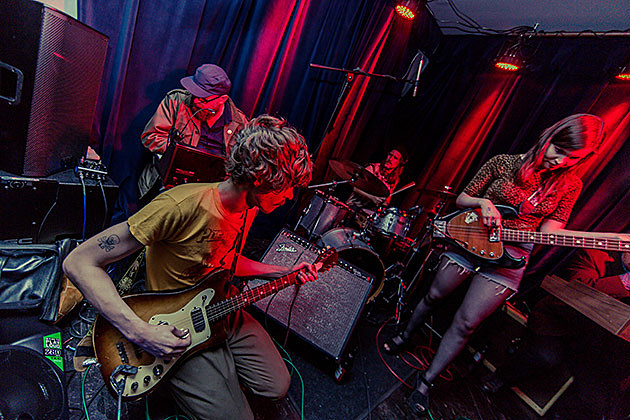 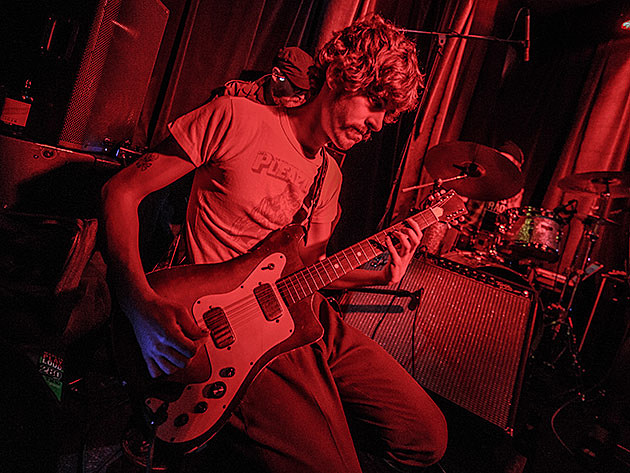 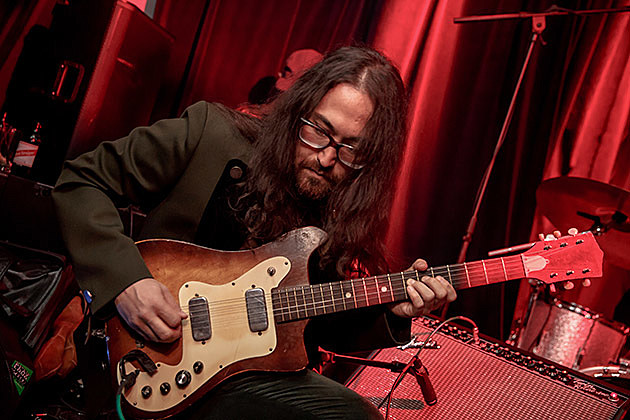 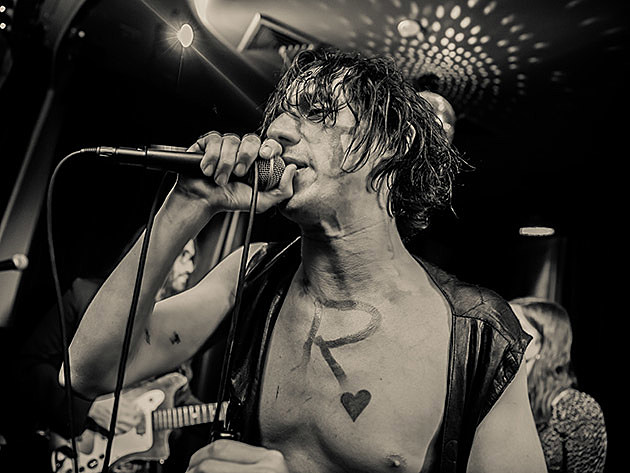 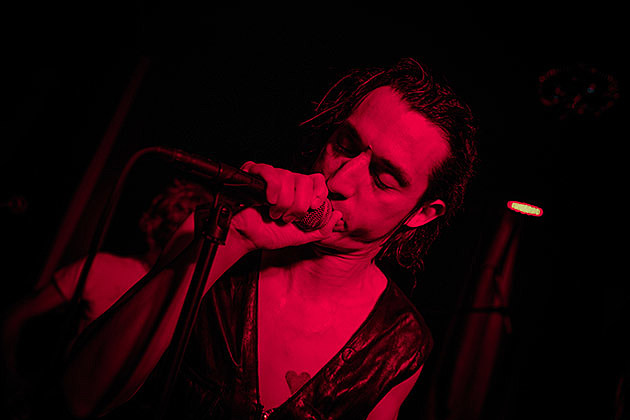 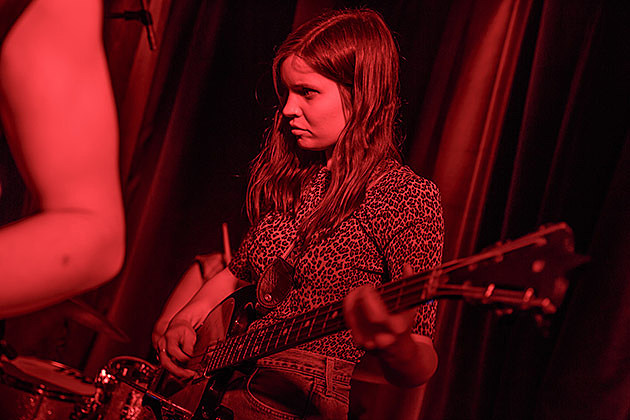