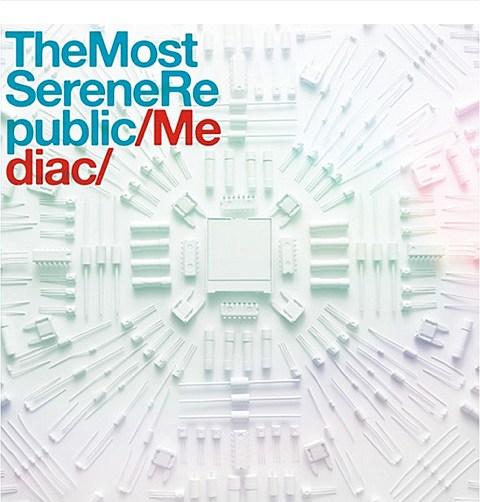 Toronto's The Most Serene Republic spent much of the 2000s living in Broken Social Scene's shadow, and they've been silent for almost the entire current decade. I've always thought they were an underrated band, and the criticism that they sound too much like BSS was unfair and inaccurate. TMSR were weirder and more spastic than their more popular neighbors, and they wrote a handful of good songs that still live up today. The strongest of those songs ended up on their second album, 2007's Population, so it's pretty great news that they're finally coming back with a new album this fall and first single "Ontario Morning" sounds straight off Population. Like the best songs on that album, it's a quirky, triumphant pop song with mathy rhythms, uplifting horns, and unbreakable spirit.

This approach was a little more common in the 2000s, but it's less often lately that we hear the kind of indie band who really goes for it, making pop music that's too weird and complex for the radio but too earnest and ambitious for detached indie rock. If you miss that stuff, you need "Ontario Morning" in your life. Listen below (via Stereogum).

The album, titled Mediac, comes out November 13 via Maple Music, and pre-orders are available now. Let's hope they tour soon too.