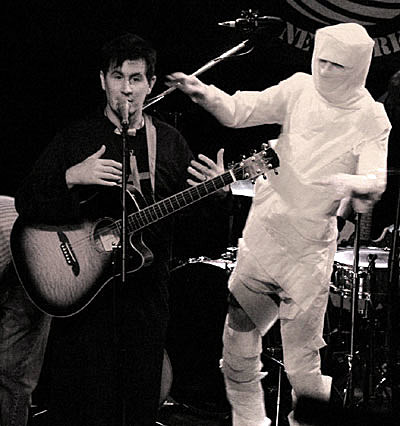 The mummy is actually a member of opener The Prayers and Tears of Arthur Digby Sellers (who I missed due to an extended stay at the Halloween parade). They joined The Mountain Goats (John Darnielle as priest & bassist as shrouded demon or something) on stage for the last few songs of The Goats' powerful set at Knitting Factory Monday night (October 31, 2005). I could have easily stayed longer than the two short encores if they would have kept playing. It was especially great to hear the new stuff since The Sunset Tree is high on my list of most-listened to CDs this year. 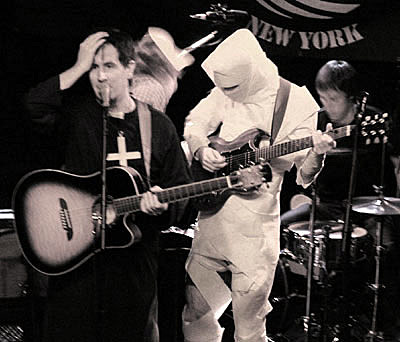 "...Having seen him/them several times now, the bar is always high, but I can confidently say that it was the best show I had seen by him yet...." [Peanut Butter Words] 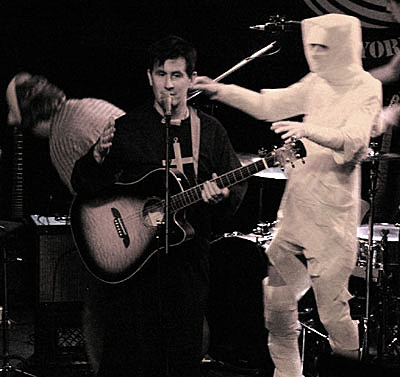 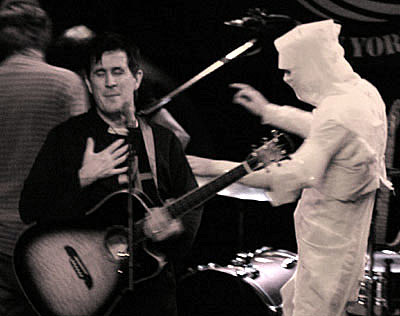 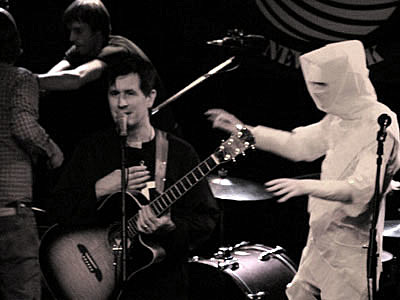 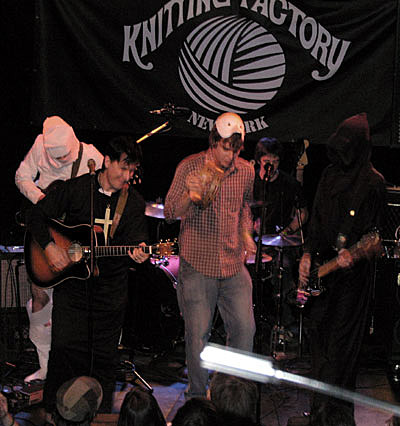 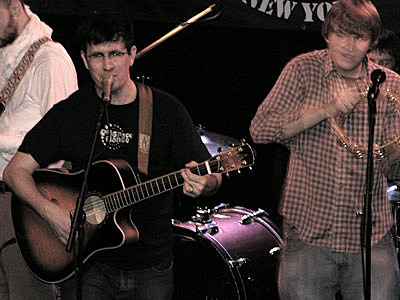 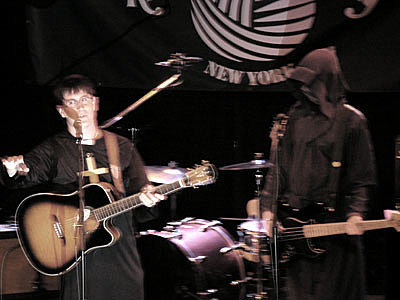 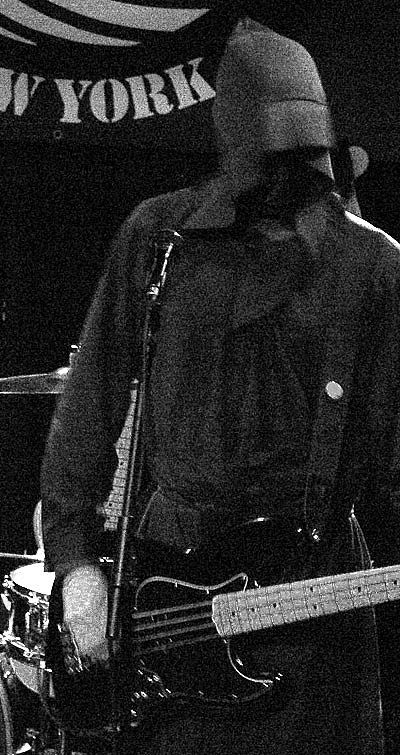 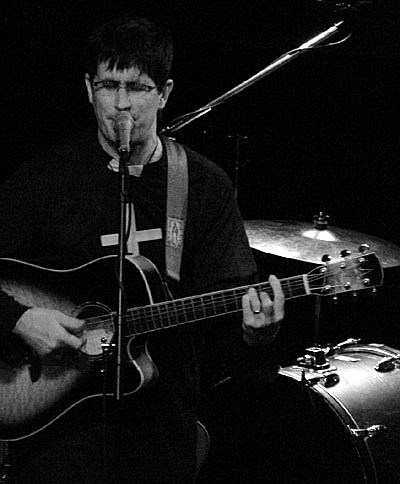 Yeti was at the Bowery show two days earlier

So was IWIWAUH who said, "Words cannot describe how incredible the show was. Darnielle is one hell of a performer, entertaining between songs and just amazing live"