photo: The Movielife at Irving Plaza in February (more by Mimi Hong) 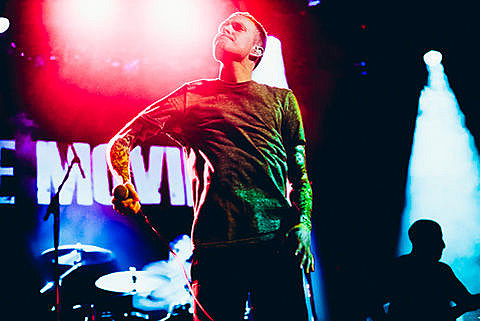 Long Island melodic hardcore band The Movielife have been reunited for a bit now, but they haven't actually played the Island in over 13 years. That will change this summer when they headline the Today's Mixtape Festival happening August 15 - 16 at The Emporium in Patchogue, NY. Also on the bill is Incendiary, Iron Chic, a Saturday night afterparty with Andrew WK and more. Tickets for the festival are on sale now. Full lineup and flyer below.

That's the second upcoming NYC-area appearance for The Movielife, who also have the iDobi Meltdown Festival in NJ which they curated. They play day 2 (6/27) with Balance & Composure, Make Do And Mend, and Timeshares; and day 1 (6/26) has Lifetime, The Menzingers, Laura Stevenson and Worriers.

Iron Chic have other shows around here too. They play the Long Island stop of Treasure Fleet's tour on 5/23, the new Riis Park Beach Bazaar series of free shows in the Rockaways on 5/30, and them and Timeshares open for Gin Blossoms on Long Island on 7/10. 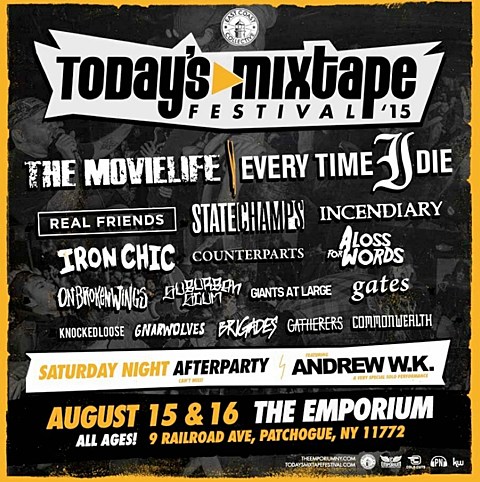