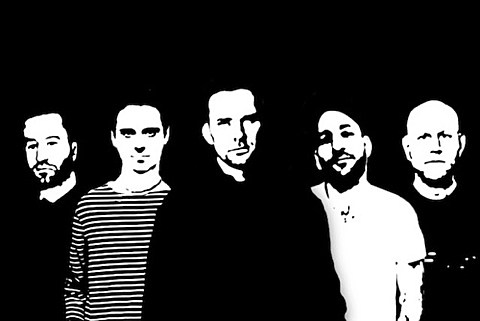 I thought we'd never do it again. We were pretty definitive that the last show that we played would be the last show that we played, and I think I've learned my lesson. Now that I'm in my mid-thirties, which sounds really fucking weird to me, I know that no doors really ever close. I mean, you could make examples of doors that are definitely closed, or should be closed, forever, but I don't think that things like this are one of them. You never know how you're going to feel five or ten years later. [Vinnie Caruana to Noisey]

Long Island's melodic punks The Movielife briefly regrouped in 2010-2011, and now they're planning to do it again in 2015. The band got their start in the late '90s with a sound pretty indebted to their influences (Lifetime, Gorilla Biscuits, etc) that really started to turn into their own on 2000's This Time Next Year (released on GB home Revelation), and even more so on its Drive Thru-released followup, Forty Hour Train Back to Penn. Though at that time their Long Island neighbors like Taking Back Sunday (formed by ex-Movielife member Eddie Reyes) and Brand New (whose members used to be in The Rookie Lot with Movielife guitarist Brandon Reilly) were moving into slower, more alternative rock-inspired territory, The Movielife kept their hardcore influences intact even through their final record. Revisit some highlights below.

A full reunion tour isn't announced yet (but the Noisey interview quoted above points out that many more dates are TBA), though they've revealed a NYC show happening February 7 at Irving Plaza. Tickets for that show go on sale at noon on Friday (12/19).

Before that, frontman Vinnie Caruana has three more appearances in and around NYC. His other band I Am the Avalanche play Bowery Ballroom on 12/26 with Iron Chic and The Scandals (tickets), he plays solo with Taking Back Sunday's John Nolan at The Studio at Webster Hall on 12/29 (tickets), and solo again with Thursday/United Nations/No Devotion's Geoff Rickly in Atlantic CIty on 1/3 (tickets).

Song streams and videos below...

The Movielife - "Faces or Kneecaps"

The Movielife - "Me And You Vs Them"