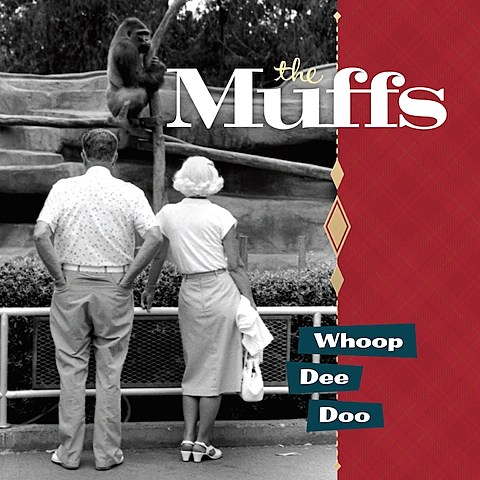 '90s-era melodic punks The Muffs have recently been becoming more active, having gotten back on the road a bit more often and contributing to a recent Burger Records compilation. Not to mention around that same time singer Kim Shattuck joined and was soon kicked out of the Pixies.

The band, whose classic '90s albums were all on major labels, have since signed to Burger Records and now announced that they will release Whoop Dee Doo, their first full length album since 2004, on July 29 via their new label (and Cherry Red). The first single from the new record, "Up and Down Around," has The Muffs pretty much sounding like they did in the '90s, which is impressive for any band who's been away for that long, but especially one whose cohorts from that era (they toured with the Goo Goo Dolls in '93 for example) have left behind most of their punk roots. For those unfamiliar, anyone who digs the recent comeback of '90s indie/punk (Speedy Ortiz, Swearin', Paws, etc) may find that The Muffs were one of the greats.

Tour dates TBA. Listen to the new single below...

The Muffs - "Up and Down Around"