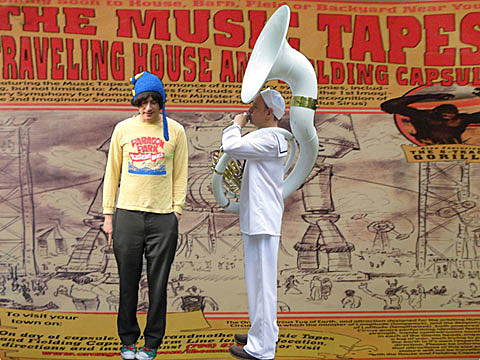 The Music Tapes, the project of Elephant 6 collective member Julian Koster (ex-Neutral Milk Hotel), released their newest album, Mary's Voice, this past September via Merge. You can check out the video for album single, "S'Alive to be Known (May We Starve)," below.

The Traveling Imaginary tour hits NYC on February 2 at Church For All Nations for two shows that night. They also open for a few shows on Jeff Mangum's upcoming tour, including the shows at Hartford, CT's Great Hall in Union Station (2/8) and Poughkeepsie, NY's Barvadon Opera House (2/15). The dates with Jeff Mangum are not Traveling Imaginary shows though.

A list of all dates, the Traveling Imaginary trailer video, and that music video, below...