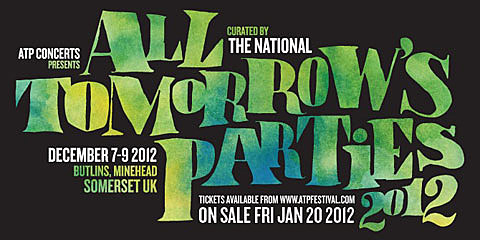 The National have announced that they're headlining and curating at ATP in Minehead UK, which is happening from December 7-9, 2012. So far, in addition to The National, the lineup (not very surprisingly) includes Sharon Van Etten (who plays the sold out Mercury Lounge tonight), My Brightest Diamond, Wye Oak, Megafaun, The Antlers, Buke and Gase (FKA Buke and Gass), Lower Dens, Owen Pallett, Boris, Tim Hecker, Kronos Quartet, Suuns< and Dark Dark Dark. More artists TBA. Tickets go on sale Friday (1/20) at 2 PM.

Maybe this lineup will shed some light on the bands Aaron and Bryce Dessner will be choosing when they curate BAM in May.

ATP's NJ festival happens in September and is being curated by Greg Dulli.

Speaking of Lower Dens, they've just revealed plans to release a followup to their 2010 debut LP, Twin-Hand Movement. The new album, titled Nootropics, will be out April 30 via the Domino affiliate label Ribbon Music. Grab the fast paced lead single, "Brains," at the top of this post and stream it below. Also below is the album artwork and tracklist. 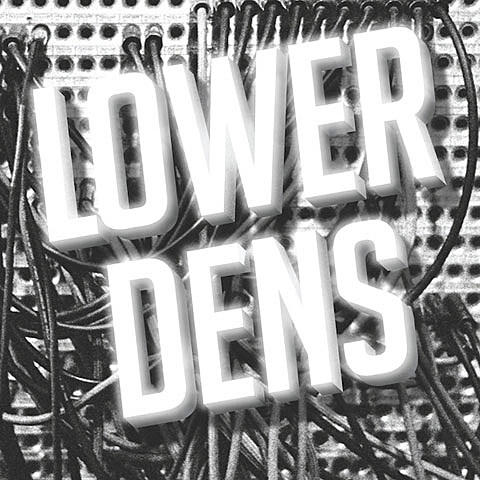