All week, The National has sponsored nightly events at their "High Violet Annex" to celebrate the release of their highly anticipated fifth album, High Violet. On Friday they even performed a set of National songs at the space. Saturday night's sold-out "ZYNC from American Express Presents The National to Benefit Red Hot" show at BAM capped off the week's festivities which started earlier the same evening at the Annex where 70-or-so lucky attendees were, unexpectedly, given tickets to the BAM show and then bussed to the Brooklyn venue to see the show... 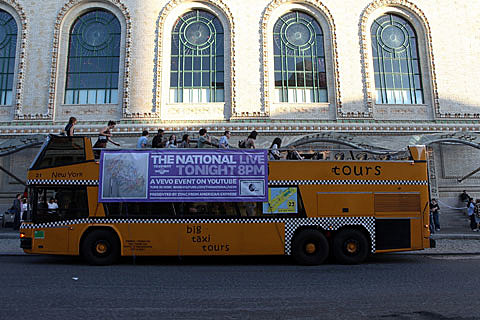 The BAM show began with a brief behind-the-scenes video about their recording process, and then the band launched into "Mistaken for Strangers" and then played a string of new songs. Though the National is technically a quintet, as many as nine additional people joined them on stage to play a variety of string and brass instruments. Sufjan Stevens joined the band to sing backing vocals (like he did on Letterman) on a handful of songs. Sometimes National-members Padma Newsome and Thomas Bartlett (Doveman) made a rare appearance together on stage (usually its one or the other as a member of the band). The biggest surprise band member of the night was the Arcade Fire's Richard Reed Parry who sang backup and played a variety of instruments throughout the set. Richard, Sufjan and Thomas all also contributed to High Violet which is out now.

With its ornate molding, dramatic curtains, and theater-like seating, BAM may be a bit of an odd choice to host what is essentially a rock show, but the beautiful space complimented the dapperly dressed band and gave them enough room to spread out on stage. Possibly sensing that something was not quite right, lead singer Matt Berninger hopped off the stage and began pulling people up into a standing position early into the show. 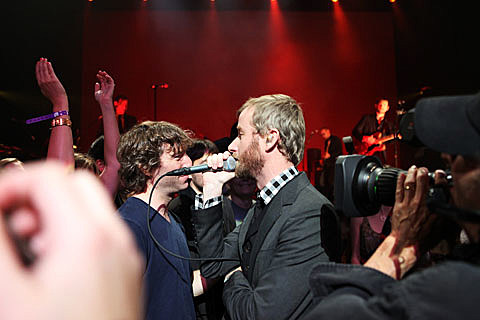 Throughout the show, Berninger was a sight to behold. One moment, he'd take a sip of white wine and sing softly into the mic stand and the next, he's wildly pacing back and forth on stage with his head down, pounding his hands together like a mad man. The contrast between Berninger's smooth baritone voice and his manic behavior makes for a dynamic performance. During the four-song encore, Berninger leapt off stage again and rushed the audience in the orchestra section. With his impossibly long mic chord trailing behind him, Berninger climbed desperately over anything in his path - be it chairs or people. From the middle of a row, he stood recklessly on a chair, screaming the chorus to "Mr. November" into the faces of ecstatic fans.

When all was said and done, The National played the entirety of High Violet in addition to a number of older songs. Film directors D. A. Pennebaker and Chris Hegedus were on hand to direct the live webcast of the concert that was happening on YouTube (the band addressed the Internet audience a few times), and which you can still watch there (some videos below too).

After the show, a fancy ZYNC-sponsored afterparty was held around the corner at One Hanson Place, aka the Williamsburgh Savings Bank Tower, downstairs in the old bank's bottom floor (now used as an event space). The National, their friends and associates, partied until late with an invite-only crowd that also included members of Grizzly Bear and Beirut, and some celebrities who had attended the show (like Julia Stiles). And there was a lot to party about - recently completed Europe tour and a week of festivities in NYC aside - High Violet is selling really well too. More pictures from the show and the afterparty, with the setlist and some videos below... 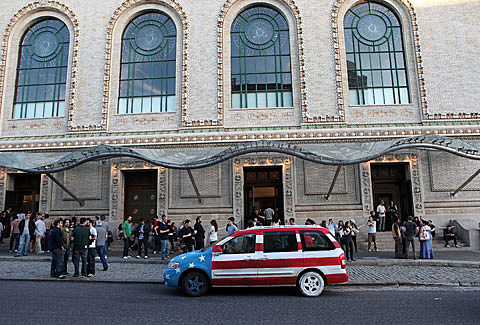 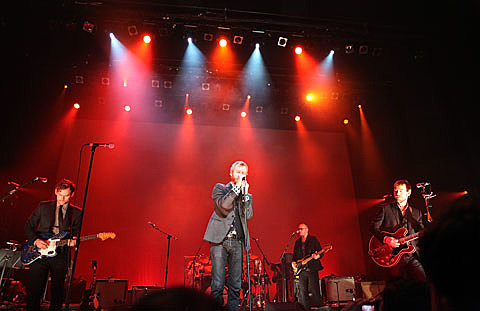 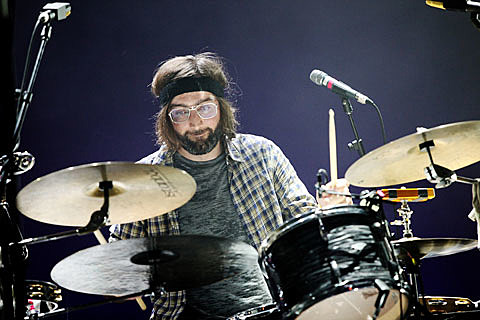 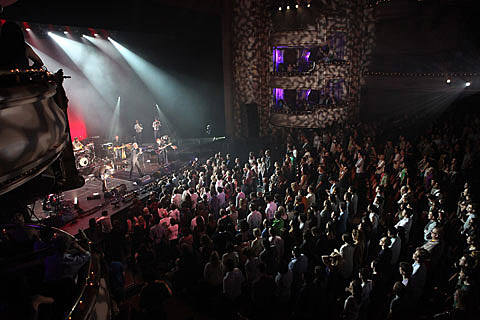 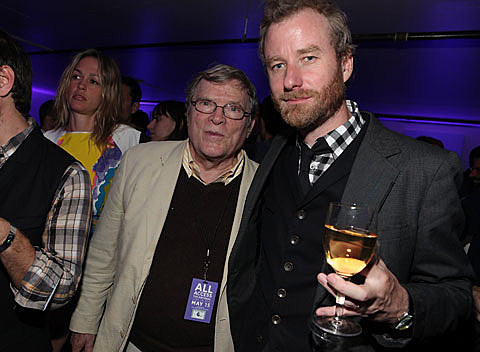 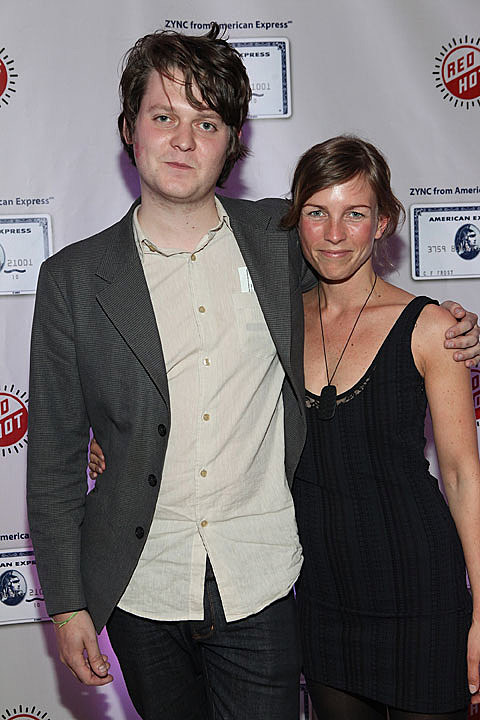 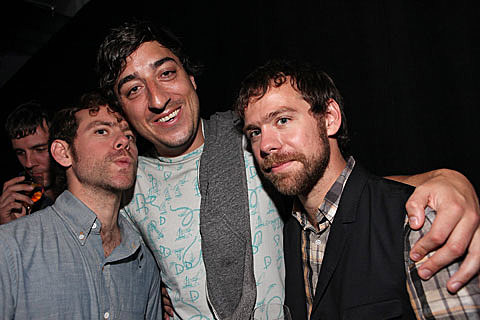 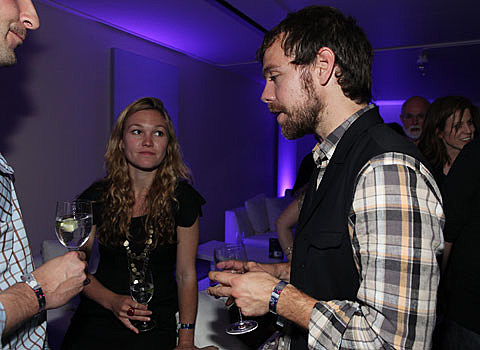