The National recording the new record... 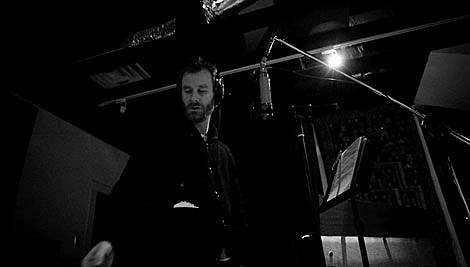 The National's new record will be called High Violet, and it'll come out May 11th on 4AD. Way sooner than that, the band is heavily rumored to be playing two last minute surprise shows in Brooklyn. The dates are Thursday (3/11) and Friday (3/12) at the Bell House. Tickets may even go on sale today at noon.

The National previously announced a show at Prospect Park in July with Beach House opening and a show at Radio City Music Hall in June. Before that, the band will be playing scattered shows around the country (and in Europe). Those include Big Ears Fest at the end of March, Sasquatch in May and Bonnaroo in June. All tour dates and video from their SummerStage show back in August of 2008 are below...

The National - The Geese of Beverly Road - Central Park Summerstage - 8.4.08